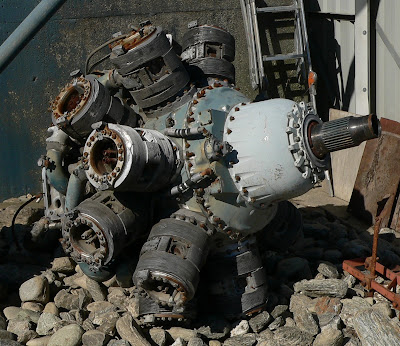 There are several engine on display. Above is a Bristol Hercules (I think). There is a Gypsy Queen sitting off to the left.

Then below we have a Ranger 6-440C-5 courtesy of the Fairchild Engine and Airplane Corporation of Farmingdale, New York. It has a date of January 1943 on it. On the front end it has a Univar propeller. These were the engines used on the Grumman G44 Widgeons when they first arrived in NZ. 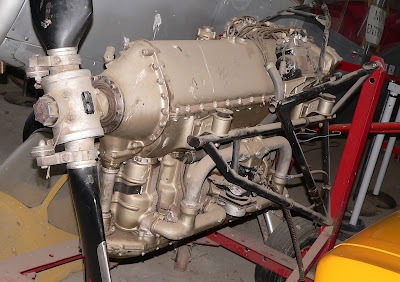 Below we have the Viper engine - model number not found - built by Armstrong Siddeley/Bristol Siddeley/ and or Rolls Royce and used on the Jet Provost; Strikemaster; Aermacchi 326 and 339 and the HS Dominie. 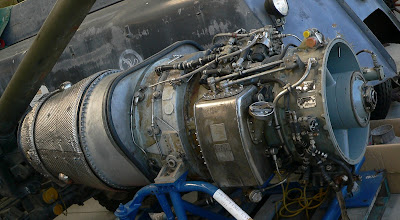