Well we finally got there - Do you really think you are worthy of the chocolate fish after that second batch of clues ?

A couple more clues to help you with this one.

An unusual sound passing overhead had me dashing out of the hangar at Rangiora yesterday afternoon (Saturday 28th) to see the Jurca MJ5 Sirocco ZK-FNQ , c/n AACA/601, and the PAC Cresco 08-600 ZK-PKB , c/n 022 , in formation.
Cresco ZK-PKB hit the NZ civil register on 03-03-1998 for Enfield Enterprises; perhaps better known as Oamaru Airspread and has pretty much spent all its life in the North Otago region. It has also flown under the Agflight Central South Island and Central South Island Helicopter titles; returning to Enfield Enterprises after each period . Lasted ownership move on 01-04-2010 was to the Wanganui Aero Work (2004) Ltd. I believe it is based on the Evans strip at Hawarden North Canterbury. (replacing the Walter Fletcher ZK-EUF which is now Franz Josef based in the parachute dropping role).
The Jurca MJ5 Sirocco ZK-FNQ first flew on 05-07-1991 after a ten year project by Wylie and Sue Evans of Hawarden. It was sold to Phil and Lynnie Meredith of Rangiora (AACA/1009) as from 01-8-2007. It has recently come off a major refurbishment by Phil, and Arnold Gallagher; flying again on 25-07-2009.
So, not really an unusual combination considering the builder, owners,  pilots and sites involved.
Posted by Dave Paull at 08:03 1 comment:

Three more Alpha R2160's were delivered into Christchurch for the Canterbury Aero Club this afternoon.
ZK-CTQ2 c/n 160A-07006 was the first of twelve for CTC Aviation Training (NZ) Ltd of Hamilton and was registered to them on 17-01-2007.
ZK-CTR c/n 160A-07010 went to CTC Aviation Training from 16-05-2007.
ZK-CTV2 c/n 160A-07013 was listed to CTC Aviation Training on 17-08-2007.
All three aircraft went to Hamilton Aero Maintenance Ltd from 31-10-2009 and have been parked up at Hamilton.
Title passed to Alpha Manufacturing Ltd of Hamilton on 01-07-2010.
They will in due course be registered to the Canterbury Aero Club in the ZK-VC* block of letters, following on from the two earlier aircraft ZK-VCA and ZK-VCC, and off course the Club still has the earlier ZK-RBN.

Falcomposite Furio ZK-NJS/2 was out and about at Ardmore 25Aug10. This is the first time I've seen this aircraft flying. It was registered to NJ Sutherland of Dunedin back in 2008 and was set to carry out its first flight in March of this year. 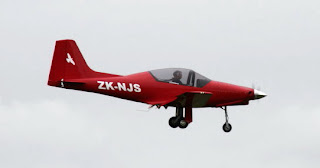 Mike Condon photo
Posted by MRCAviation at 14:39 No comments:

Withdrawn from the register ZK-JIL

An unfortunate, yet not unexpected cancellation from the NZ civil aircraft register today was that of Dave Phillip's mighty Hawker FR74S Hunter, ZK-JIL. This magnificant aircraft was first registered in NZ just over 10 years on 15 March 2000. It spent much of its time at Ardmore and was employed on occassions by the NZ Navy to simulate air/sea attacks after the demise of the RNZAF's fast jet squadrons. In recent times, the Hunter has resided at Tauranga and to the best of my knowledge has not actually flown for a reasonable period of time.

Some background info is at www.nzwarbirds.org.nz/hunterfr74.html

On an upbeat note, Venom ZK-VNM was wheeled out of the Rural Aviation hanger at Ardmore today in preparation for engine runs and test flying before its delivery south to new owners in
W(h)anganui.

The Hunter rests next to the Mig 21 currently in the news and for sale on Trademe. 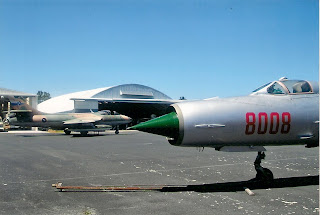 Operating from Dunedin, ZK-JIL made for a wonderful airshow participant at the 2006 Warbirds over Wanaka airshow. 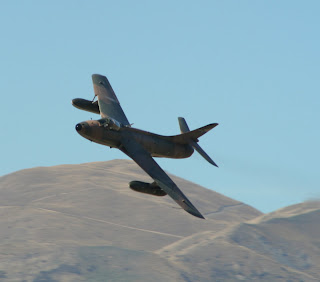 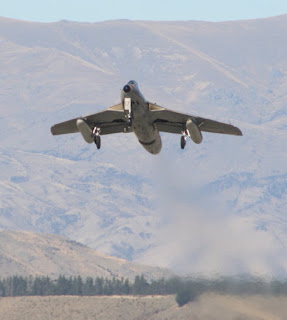 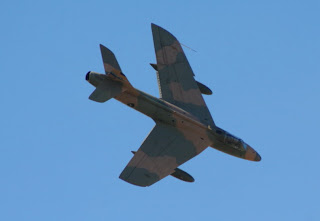 All photos Mike Condon
Posted by MRCAviation at 23:32 2 comments:

New to the register ZK-IIL

Appearing on our register today listed to Mountain View Helicopters Ltd is the Robinson R22 Beta 11 ZK-IIL. This is c/n 4049 and was previously registered as N3083K. 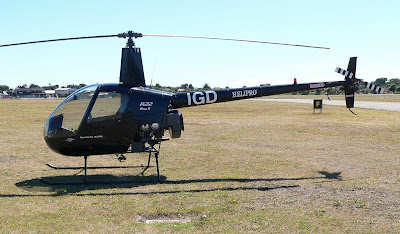 Three of my learned friends have died recently.

Steve Morrissey. "Chook". ANZ Boeing 777 pilot, ex RNZAF No 3 Squadron and "Wiggies" gliding friend from Wigram and Omarama, died whilst hiking during a lay over in Hong Kong.

Ian Ritchie. Ex 23 Squadron RAF WW11 Mosquito pilot. Founder of South Otago Aerial Top Dressing Company and then Ritchies Air Service and later with CAA. Has died in Motueka.
Ian showed me the basics of trying to master the Cessna 180.

Gwenyth Kingsbury of NZ Meteorological Service. Maybe not well know by you pilots but well known and respected behind the scenes for managing the Met Service contract with CAA and maintaining weather reporting standards throughout the country.

A follow on from the earlier blog on this Aero Commander as seen at
http://nzcivair.blogspot.com/2010/08/delta-charlie-fox.html

I have two more photographs sent in by Steve Lowe.
Steve runs a fab blog on NZ Third Level Airlines etc and has mentioned ZK-DCF on http://3rdlevelnz.blogspot.com/2010/02/bell-air-remembered.html 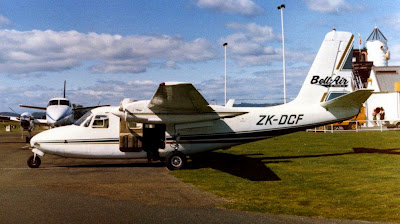 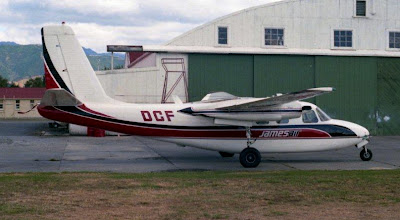 Following on from the earlier blog on the Horizon at http://nzcivair.blogspot.com/2010/06/sud-aviation-gardan-gy-80-horizon.html  I have received the following email from Allan Churn of Perth in WA who is now the owner of ex ZK-CLK.
I have added my own comments in red.

Subject: NZ-CLK Horizon
To: bluebus@windowslive.com
Thanks heaps for that info...I really appreciate it. I had no idea my Horizon was once named "Cherie"!
Also interesting to hear it had nosed over...didnt know about that!
I am a member of APAG (GY80 owners Assoc, in France), and they (eagle eyed) noticed in one of your fotos ("The second photo shows it at Christchurch in August of 1990") ....another GY80 in the distant background. It appears to be all white. I havent seen a foto of an all white GY80 in NZ. Perhaps it was undergoing repaint. (I suspect it will be ZK-BXM as it was based in Christchurch at about this time - ZK-CFT was based North of Auckland)


I am trying to piece together my Horizon's past history........ I have no log book history prior to 1990.
(Can anybody point to the previous log book/s for ZK-CLK?).
looks like it went straight from French manufacturer to NZ.(1965?)
According to your description, it went through quite a few owners while in your country.
Any further stories or fotos your members can provide will be much appreciated. I also forward anything to the 200 APAG members in Europe...they find anything related to the GY80 of great interest.
(APAG is the Association of owners & lovers of Gardan Aircraft. Have a look at http://avionsgardan.free.fr/  ).Attached is a foto I took of my GY80 (about 2001?) , when I first spotted it (love at first sight!). This was taken at Bunbury Airport (down the coast from Perth). The person standing in front is Blair Howe, who imported it from NZ. 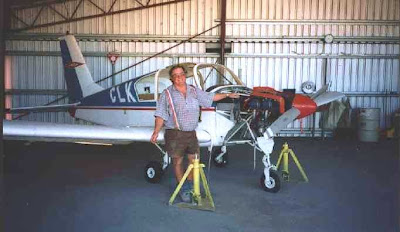 I believe Blair is from NZ. He now owns a flying school and air charter company at Bunbury....I do my flying training there.
Also attached is a foto I scanned from a small booklet I found at a flea market. It was a booklet of NZ G.A. The foto of ZK-CLK originally had a young boy standing in front of the aircraft.....I used the computer to "remove" him. 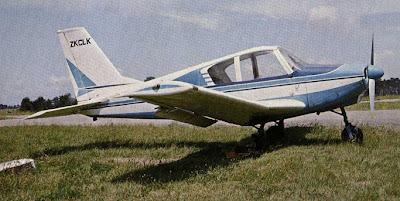 So it looks as though 'CLK / 'YOG had at least 4 identities....your first (black and white) photo of CLK at Timaru 1965 in NZ Aerosales markings, is probably the livery it arrived from France. I wonder what those colours were?. (It was white with red trim - new pic added below. Taken at Timaru 1965) 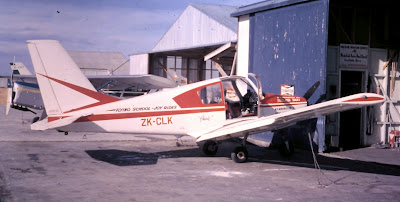 I have attached a couple of fotos of GY80's in original 1965 factory livery, ...looks same as the CLK Timaru style. 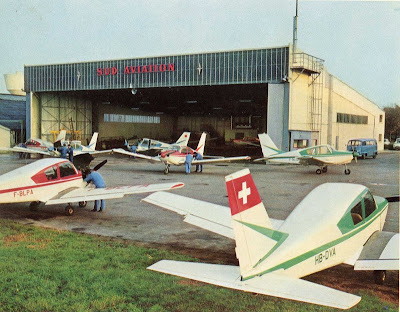 (Below are three pics of VH-YOG sent by Allan). 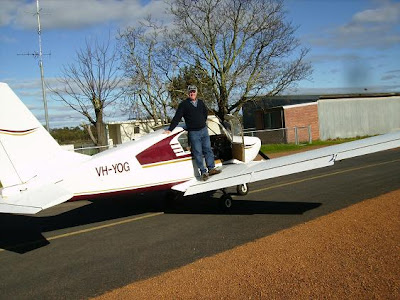 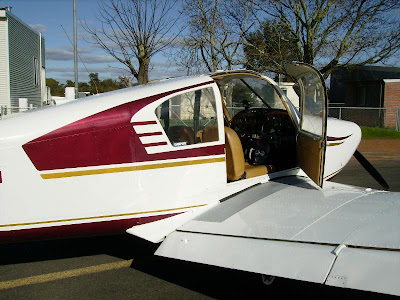 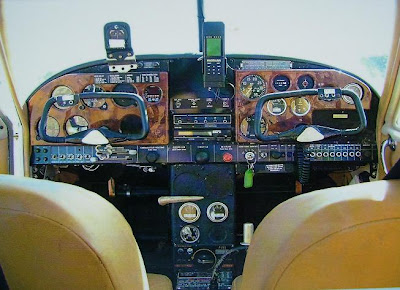 
Thank goodness all those fotos were saved. I will have a dig thru my boxes of fotos to see if I have anything of interest from past visits to NZ (1971?) (Waiting with baited breath to see these oldies)

Can anybody add to the history of these aircraft with photos, stories, logbook etc.
Posted by Dave Paull at 19:52 5 comments:

A tidy up for the old girl ZK-HUW.

Now undergoing a major spruce up is Chris Cowan's Hughes 369D ZK-HUW , c/n 128-0415D.
This has been with Coastwide Helicopters Ltd since June of 1988. I recall it being based at Barrytown for some years, but it is now at Greymouth.

Yes Mit. You are correct with your offering, although you didn't sound too sure. 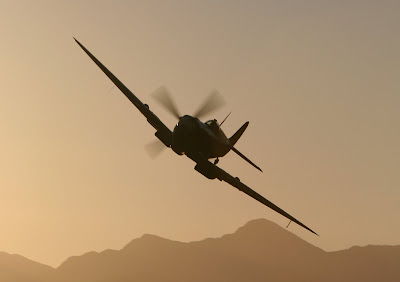 Departing Auckland early this morning (19Aug) was Cessna 172S ZK-JOM heading to Norfolk Island and Nadi on export to Fiji.

Pictured at Ardmore in February 2003, a month after it was first registered in NZ. Mike Condon photo

Pacific Aerospace 750XL ZK-KAR (164) is due to depart Auckland this coming Monday on its delivery flight to Mexico via Pago Pago, Honolulu and San Diego. 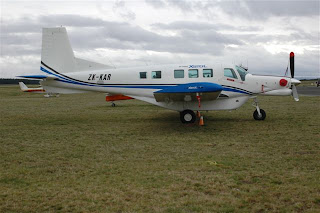 Tecnam P2006T ZK-TTW is due to cross the Tasman this weekend for a demonstration tour of Australia. 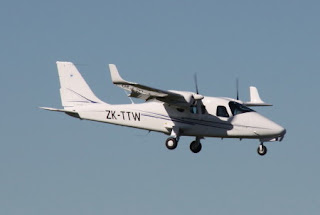 Arriving at Ardmore a few days ago at the conclusion of an IFR training detail, Mike Condon photo
A previous post questioned if PA24 ZK-BAZ, which has since arrived at Coffs Harbour, was on export or on vacation. Thankfully it is the latter with the Comanche due back to NZ in September.
On the subject of exports, Cessna 177RG ZK-CRG has been cancelled from the ZK register on export. This machine departed NZ back in October 2008.
Posted by MRCAviation at 09:14 No comments:

RV10 ZK-RVT returned to Auckland just on dusk 16 August from Coolangatta having crossed in the opposite direction a few days earlier on the 9th. The owners had proposed to fly around the world in their beautifully crafted machine commencing last month but this was either cancelled or postponed due to regulatory factors. Perhaps this exercise of flying the Tasman has been to prove the capability of the aircraft......

At Wanaka a couple of Easter's ago.

Departing from Kerikeri today 17Aug was Piper PA24 ZK-BAZ. Does anyone know if this aircraft is off on vacation or leaving the country for good?
Posted by MRCAviation at 17:05 2 comments: