Further to my previous post on the history of P 40E Kittyhawk ZK-RMH (www.nzcivair.blogspot.co.nz/2013/01/curtis-p-40e-kittyhawk-zk-rmhnz-3009.html ). Handbag has sent the following photo, scanned from Classic Wings Downunder magazine, and taken in December 1997.

ZK-RMH first flew in this naked state on 19 December 1997 at Whenuapai, flown by John Lamont.  The original photo was by Kevin Botman.

Thanks for the photo Handbag !
Posted by Sir Minty at 22:04 No comments:

Parked over near the Canterbury Aero Club for the last couple of days has been this Cessna 182H Skylane ZK-MGB (c/n 56545). Ex Australia, PNG and then Australian again - it arrived at Christchurch via Auckland and Norfolk Island back on 09-10-2002. It is listed with Michael Boissard of "Sherwood" away beyond Waiau in North Canterbury. 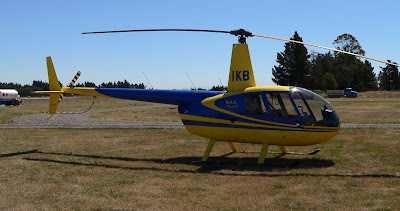 A couple of strangers (to me) at Heli Maintenance today were (above) the Robinson R44 Raven 11 ZK-IKB (c/n 10483) of Harold Baigent of Papakura. 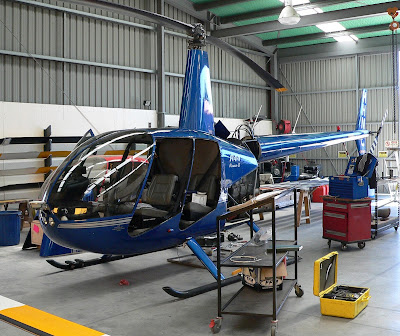 The following photos are from a couple of recent trips to Ardmore:

The New Zealand International Airshow was held at North Shore Airfield over the Auckland Anniversary weekend, 26 to 28 January 2013.  From what I saw it was an airshow (Jim), but not as we know it.  It seemed more like an aerial X Games. 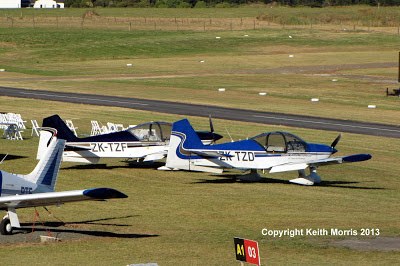 Two local Robins ZK-TZD and ZK-TZF did a lot of the flying, including the air races in which the 2 planes competed over a fixed side by side course which included loops and stall turns, flown by a succession of pilots trailling smoke, on a knock-out basis until a winner was found on the last day.  They also flew with the Jetman who was the main attraction.  The start plane for the air races was Furio ZK-LLG.

The show kicked off each day with vintage aircraft displays featuring locally based De Havilland aircraft.  The there were also displays from the Air Force, who used the event for recruiting with their big bus on the airfield.  Then there were daily displays from Extra 300 ZK-XRA and Stikemaster ZK-STR, and also various parchutists.  And that was about it really. 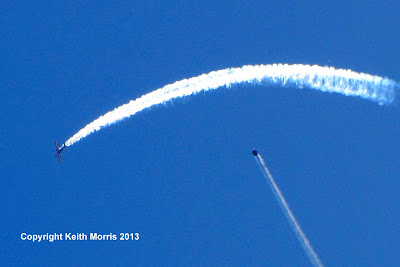 One of the parachute displays that was quite spectacular was from Melissa and Rex Pemberton.  He was dropped from a helicopter from 12,000 feet wearing a "squirrel suit", and he proceeded to glide very fast at a glide ratio of 3 to 1 while trailing smoke.  The Melissa, who is a member of the American Aerobatic Team, flew the Giles 202 ZK-NUT around him as he sped through the sky, as photo'd above with a very long lens and considerable cropping. 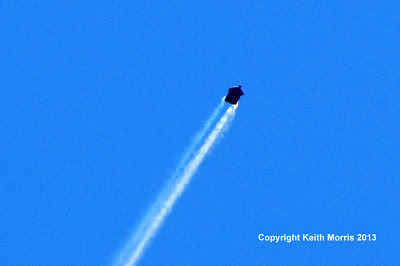 I think this photo captures a sense of the speed that he was flying.  Is it a bird?  Is it a plane? 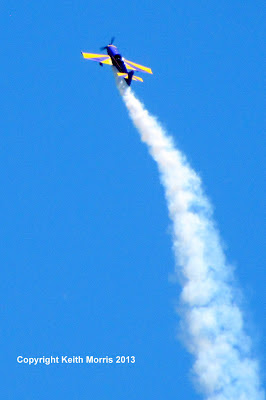 Then Melissa proceeded to do an impressive aerobatics display in ZK-NUT to finish off their routine.

As I said, it was an airshow but not as we know it.  Everything seemed to have been done well and also quite expensively (huge screens on the airfield to see the action in the air, traffic control, complementary buses to the airfield, miles of temporary fencing, portaloos for Africa....).  It will be interesting to see if it broke even, as I think the crowds were down on those anticipated.  I hope it did.
Posted by Sir Minty at 22:04 6 comments:

Ian C has kindly provided a couple of shots from Greymouth taken in the last day or so.

The first is of pressurised Cessna 210 ZK-VIR operated by Air West Coast featuring what appears to be a fancy new prop setup.  A side on shot of ZK-VIR can be found at Third Level NZ. 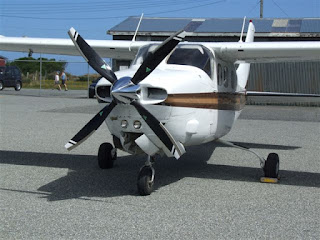 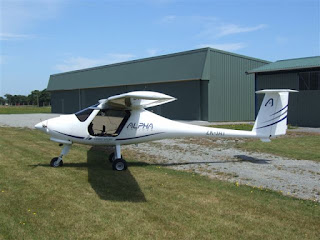 If you have 16 minnutes to spare have a look at this video clip.

I like the way they go IFR after take off, and watch out for "bigfoot".

It  has been around for a wee while but Enjoy.

Also lurking among the mass of other aircraft was this De Havilland DH98 Mosquito ZK-MOS.

And so it is being towed away to bed for the night.

The Spitfires at Masterton weekend

I stumbled across these two Spitfires at Masterton on the 18th of January.
Above is the MkIX ZK-SPI from ITL Aviation Ltd. This is ex RAF, Italian, Israeli and Burmese Air Forces.
Below is the MkIX ZK-WDQ (c/n CBAF 5487) recently listed to the Warbird Adventure Rides Ltd.

A busy Sunday at NZRT

The Pipistrel Alpha Trainer ZK-JAT2 (c/n 448) awaits its owner (Seaside Flying Ltd) to complete his type rating before flying to its home at Greymouth. 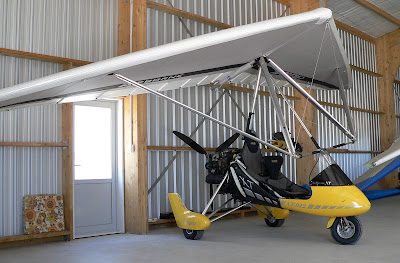 A stranger among the trikes was the Airborne XT-912-B with its Airborne Arrow wing. It has a c/n of XT-912-0140 which means it is ZK-DGR of Blue Skies Microlight 2006 Ltd of Motueka. It previously had a Streak 111 wing. 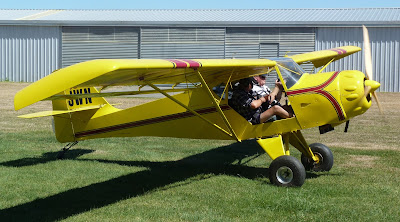 One that has not seen a lot of air under its wings lately is this DenneyKitfox 111 ZK-JWN (c/n AACA/2087/1076). That is about to change as owner Steve Noad is about to trundle off with instructor Mike Small to regain currency. 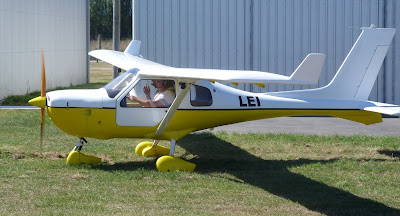 A more recent arrival at Rangiora is the Jabiru UL ZK-LEI (c/n 574). It was ferried south by Brent Thompson the previous weekend. See previous post at :-  http://nzcivair.blogspot.co.nz/2010/07/zk-lei-winglet-less.html

Carrying out more of its test flight program was the Murphy Elite ZK-WRM (c/n 578E). 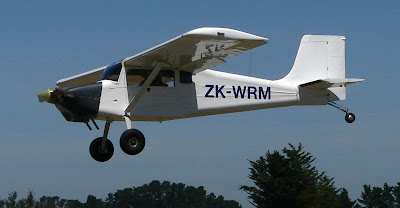 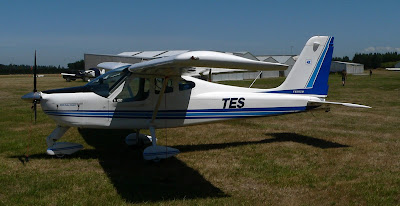 A real out of towner was the Tecnam P92 Echo Super ZK-TES (c/n 720) of Neville Dunton of Health Solutions Consultancy Ltd from Tauranga. It has a factory fitted tow hook.
Posted by Dave Paull at 09:27 No comments: 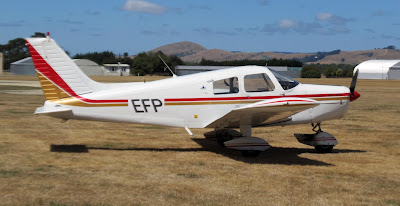 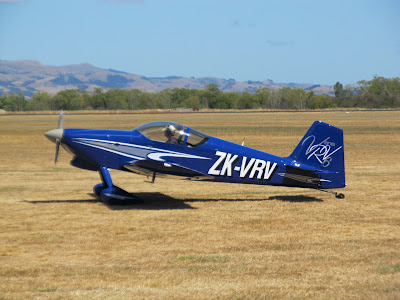 The Autogyro Association AGM was held at Dannevirke 26-28 January 2013 and QW has kindly provided the following photos from a picture perfect day for such flying machines, plus a few conventional types on location!

Two of the pickings from recent Christchurch sightings. 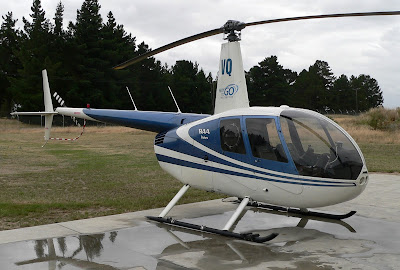 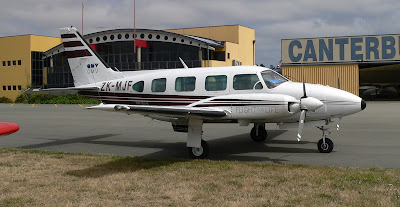 WW2 Mosquito FB and six fighters at Wings Over Wairarapa

Posted by MRCAviation at 18:00 No comments: 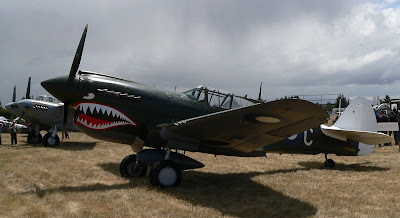 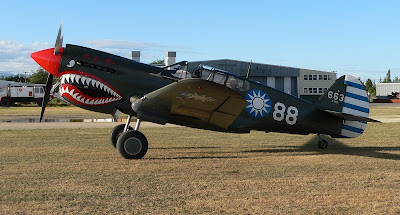