For an update see the original blog below.

Still some unresolved pics there.
Posted by Dave Paull at 19:49 No comments:

Arriving at Ardmore from Hamilton on the morning of 29Dec was Pacific Aerospace 750XL ZK-KBG (171).  The XTOL machine is soon to cross the Tasman on export to a Western Australian customer. 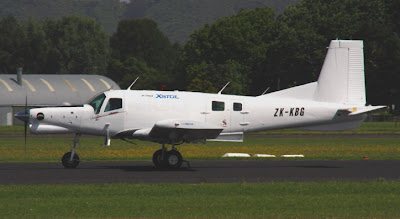 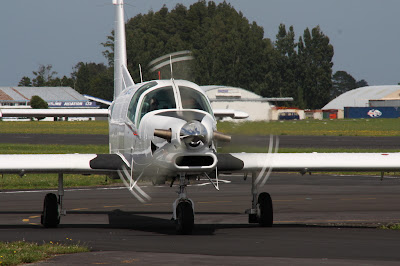 Posted by MRCAviation at 11:20 No comments:

﻿ ﻿ I would like to take this opportunity to thank you all for following this blog during the year.
A special thanks to those that have contributed with photographs and comments.
Go Well & Safe journey.
Posted by Dave Paull at 07:05 11 comments:

Ardmore's Eagle Flight Training fleet had a major growth spurt this month with the addition of three ex Massey Piper PA28-161 aircraft, ZK-MBF, MBH and MBJ.  These three aircraft have spent over 20 years in service with Massey at their Palmerston North facility and were replaced last year by Diamonds.

Posted by MRCAviation at 18:22 No comments:

North Shore Helicopters have operated Eurocopter EC130B4 c/n 4665 since May 2009 when it was initially registered ZK-IMR.  It changed its marks to ZK-IRS on October this year and was photographed outside Eurocopter at Ardmore 23Dec.

Posted by MRCAviation at 18:13 No comments:

Maule M5-235C Lunar Rocket ZK-DWR , c/n , 7234C , was a late 1978 production aircraft that operated as N5629H in the US until imported by Rob Leach and Associates and registered as ZK-DWR on 01-09-1980.  The registration letters DWR being the initials of the new owner Don W Ross of Ben Dhu Station (near Omarama). It has remained  with the same owner until 15-07-10 when it was sold to Pegasus Aviation of Rangiora.
Posted by Dave Paull at 06:27 No comments:

A change of hats for ZK-FJH Wilderness Wings now has a new owner. An ownership change listed today but effective from 09-12-201 shows the Cessna P206E ZK-FJH, previouosly with Manuka Air of Manuka Point Station, now listed to Wilderness Wings of Hokitika. Photo taken taday on the western grass at Christchurch.
Posted by Dave Paull at 20:54 No comments:

Joining the Salt Air fleet in the Far North is Squirrel AS350BA ZK-IMB recently imported from the Philippines as RP-C1951 by Oceania Helicopters.  It departed Ardmore 22Dec and will be repainted in 2011.

Ralph Shultz Helicopters Hughes 369HS ZK-HIB has been on the register since March 1993 and has worn a number of different schemes and decals.  Today it was it at Oceania with whom it was once registered (Jan 99-Sep01).

Posted by MRCAviation at 16:12 No comments: 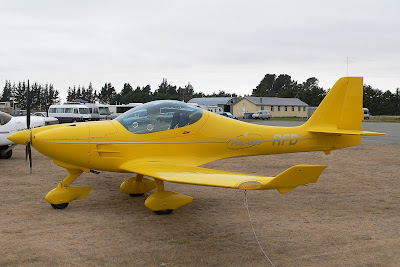 I would like to take this opportunity to wish all readers of the NZ Civair blog a blessed Christmas and I look forward to a New Year of interesting posts.
Posted by Sir Minty at 21:53 No comments:

Well, what an odd name for this tidy little two place microlight!  The Vertri FK9 Mk IV ZK-RDW has been on the NZ register since early 2009 with Polaris Air of Tauranga and was a visitor to Ardmore today, 21Dec.


Posted by MRCAviation at 16:05 No comments:

Posted by MRCAviation at 07:55 No comments: 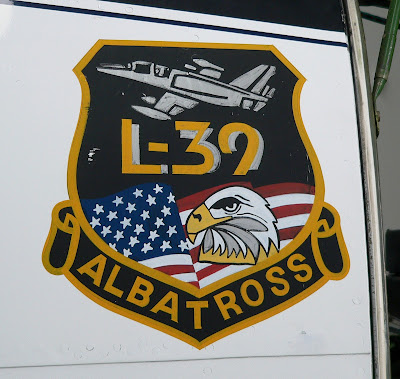 A couple of shots of the Albatros ZK-CCP as seen at Wanaka about a month ago. It still carries the number 7 from its air racing days in the US. I believe it was flown for the first time about the middle of November by Grant Bissett. 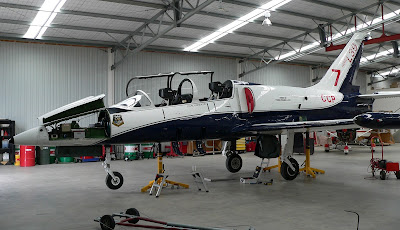 A Turbulent for Christmas anyone ! 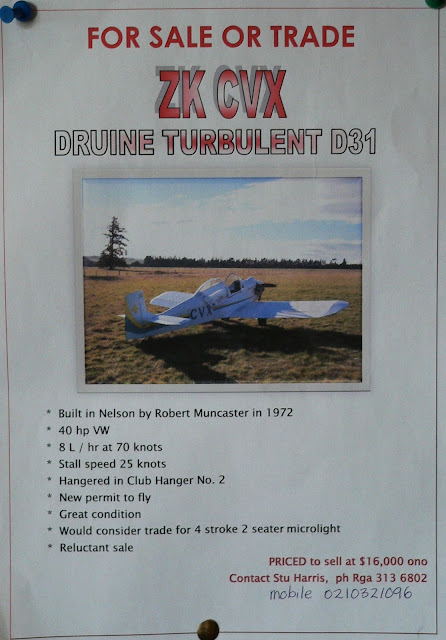 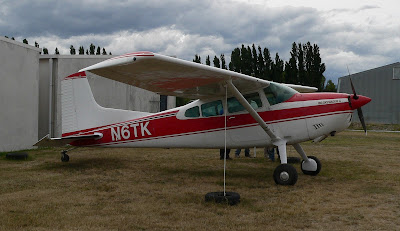 The world tourer Cessna 180K N6TK tied down at Rangiora today. this is c/n 53186 and it listed to Thomas Kane of Florida. 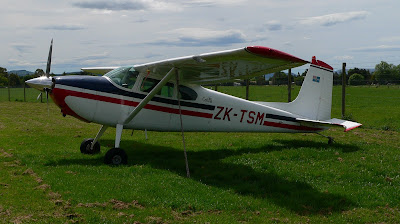 Arriving at its new Nelson home on the afternoon of 19Dec for Golden Wings Ltd was Beechcraft 350i King Air N80427, soon to be registered ZK-MMM/2 replacing King Air C90GTi of the same registration that was only in NZ for a few months earlier this year.   It was flown to NZ by Range Flyers and was noted flying Broome to Sydney 18Dec then to Auckland and Nelson 19Dec.  It arrived at Hawker Pacific's Ardmore hanger on the morning of 20Dec for certification and associated work.

In addition to the arrival of ZK-MMM, there are apparently two additional twin Beech variants due for delivery to our shores within the coming weeks. 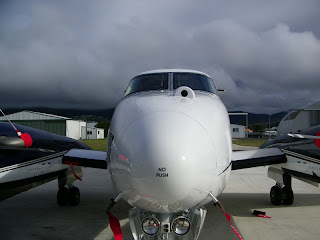 Cessna 185B ZK-CMV2 has has a long and distinguished career in PNG and Australia before flying across the Ditch in April of1993 for Airflight South at Taieri for ultimate delivery to J G & M  M Stewart of St Heliers. In 2005 it became a Texas Skyways conversion - this involes (from memory) the installation of a Continental IO-540 and a three bladed Hartzell propeller, plus wing tips. An ownership change in February last year saw it move from Kim McKay to Paul and Kate Macdonald and the Tilmac FamilyTrusts of Christchurch. More recently it has spent some time helping out at Fox Glacier.
﻿Replacing CMV at Fox is the Cessna A185F ZK-MDC , c/n A185F-04372 , which until its recent change to private ownership, has been with Aoraki Mount Cook Ski Planes. This aircraft previously operated as ZK-MCU - but that is another story.
Posted by Dave Paull at 08:07 2 comments: 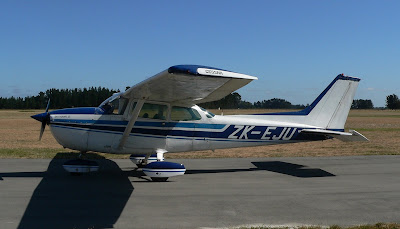 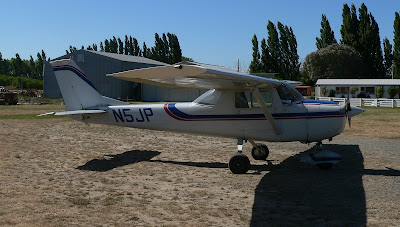 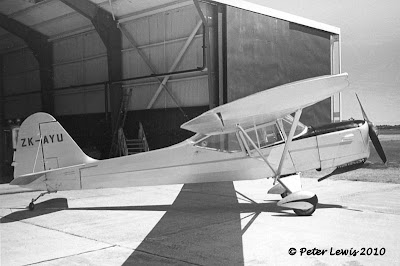 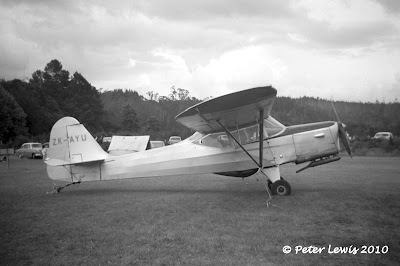 Posted by flyernzl at 14:24 No comments:

A relatively recent import from Canada is this Glaser-Dirks DG-400. This is c/n 4-285, which makes it one of the last to come off the production line before the factory fire halted production at airframe number 290. It went new to Canada and became C-GPLS on 28-05-1992 with GPLS Ltd of Guelph, Ontario (hence the registration). My understanding is that this was a syndicate which included Bruce Findlay, then Paul Nelson of Arthur, Ontario and Tim Harrison. With less than 300 airframe hours it was inported int NZ by Tim and registered to Sports Aircraft New Zealand Ltd of Wellsford on 19-10-2010 as ZK-GPL2 - retaining the middle three letters of its Canadian registration.
Confusingly for future aviation historians the first issue of the ZK-GPL marking was also on a DG-400 - This was c/n 4-100 and had the personal "PL" registration for Peter Lyons of Hastings. This went to Australia in October of 2009 and became VH-IPL.
Also confusing could be that we now have two Tim Harrisons with NZ gliding connections, although "Timbo" who operated ZK-GMF, ZK-GLP and ZK-GTM mainly from Omarama is currently inactive due to business commitments.
Posted by Dave Paull at 22:48 No comments:

Even more mechanical mice from down south. 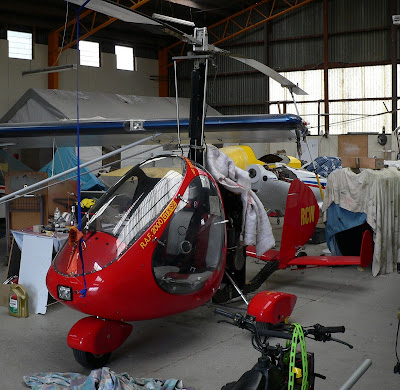 A recent ownership change for this RAF 2000 GTX SE ZK-RCW , c/n H2-97-8-285 , sees it now at Rangiora with Peter Collins. It is pictured above in the Woodley Aircraft Services Hangar on 15-12-2010. It was imported by Rob Sanders and registered to Peter Wootton of Reikorangi on 27-08-1997. It then went to the South Canterbury Sport Aviation Group in April of 2000 and then to Neil Winslow at Alexandra in September of 2004. In August of 2009 it was based in Nelson with Philip Jordan. 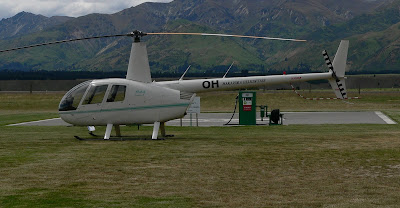 Rex Telfer built up his Rex-1 ZK-ROR , c/n R118 , and registered it on 05-11-2003.
It was flown by Tony Unwin but it was declared to be too heavy.
A major redesign and rebuild has taken place and it is currently undergoing engine runs to check out its new carburetors and modified manifold on its EA81 engine. It also has a new body, lightweight wheels and a new aluminium tail - just to mention the more obvious features.
﻿ ﻿
Posted by Dave Paull at 20:33 No comments:

Another export : Aerospatiale AS 350 BA ZK-HDE

This example has languished at RNZAF Woodbourne as an instructional airframe since October 1981 as INST215 having being shipped to NZ back in September 1953 and used as a communication aircraft.  It moved to Whenuapai's number 40 squadron in 1977 and to number 42 squadron at Ohakea in 1980.

Does anyone know the future for this aircraft?  I presume it will join the DH82 and Harvard at Ohakea, but why put on the civilian register?

I caught up with it and several other Devon's outside at Woodbourne in 1991:

Posted by MRCAviation at 16:06 No comments:

Welcome back to Auster J1B ZK-AYU # 2

This photo of the Auster J1B ZK-AYU was first posted on the original blog welcoming AYU back.

http://nzcivair.blogspot.com/2008/12/welcome-back-to-auster-j1b-zk-ayu.html
I have just received some good news from Gerry Draper
" She has done all her test flights and waiting for final sign off. Here she is in final stages of work in progress"
See the link below for thirty plus new photos .
http://www.gerrydraper.co.nz/Charlies_New_Baby/