The North American Harvard's dropped in for fuel. In this view we have ZK-MJN, ZK-JJA, ZK-ENF and ZK-TVI.
Also dropping in for gas were the Plastic Parrots with NZ1994 , on the left, in its RNZAF 75th anniversary scheme. 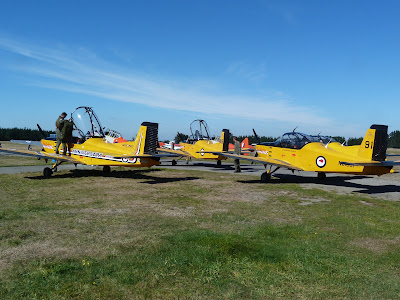 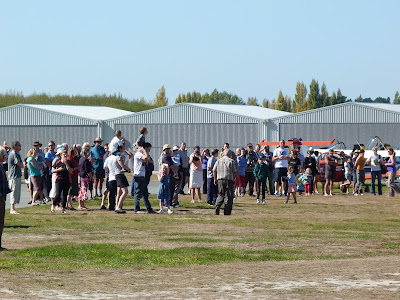 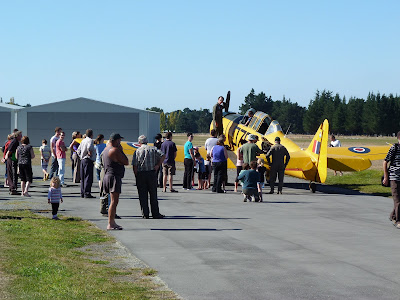 Among the numerous other aircraft passing through were the Cessna O1-F Bird Dog ZK-NAM2 (c/n 24106) from the NAM Syndicate of Papakura. 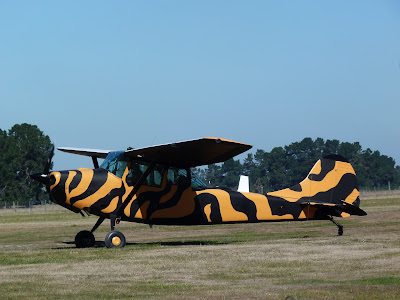 Another warbird was the De Havilland DHC-1 Chipmunk ZK-SAX (c/n C1-0566) from the Chipmunk Syndicate of Papakura. 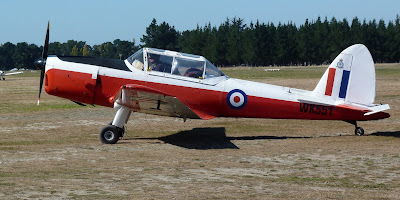