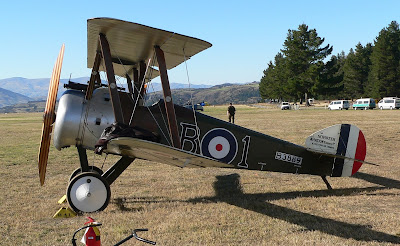 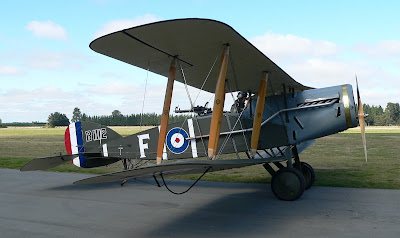 Scurrying for the blue yonder is the ITL Aviation (Brendon Deere) Supermarine Spitfire MkIX ZK-SPI. This has previously served with the RAF, the Italian Air Force, the Israeli Air Force and the Burmese Air Force. 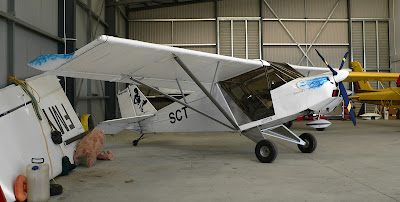 ZK-SCT (c/n 796) is the tail wheel version of the Best Off Skyranger Swift as built by Michael (Skooter) Morris of Wanaka. It came on the register on 05-03-2010. That is "Miss Swift" on the tail, and it carries the "Scootair" title below the door.
Posted by Dave Paull at 08:54