Out of the woodwork VH/ZK-CMV 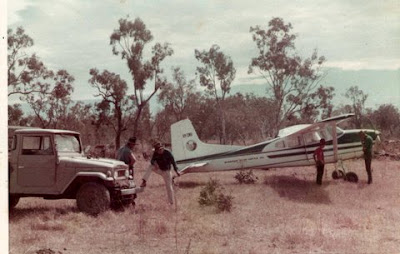 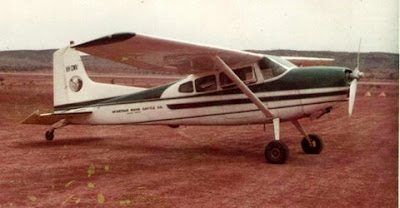 With McArthur River Cattle Co of NT about 1969. Possibly at Mt Isa.

My name is Lyle Cooke and I am a retired pilot living in Cairns. Graham (sometimes known as Mick) Handy has been in contact with me about early photos of Cessna 185 VH-CMV and gave me the link to the NZCIVAIR website to see ZK-CMV in today's colours in NZ - great to see.

VH-CMV, as well as flying Station folk and supplies around the NT and to and from Mt Isa, was also used to carry quartered beef and later frozen packaged beef to Road Contruction Camps and Mining Towns around the NT.

In so far as earlier history of CMV I recall it used to fly for Ansett-MAL in New Guinea and also for the Catholic Mission at Wirui Airstrip near Wewak but not sure in what order, before it ended up with the McArthur River Cattle Company.

Great to see it is still operational after all these years.
Kind Regards,

As mentioned in this link http://nzcivair.blogspot.co.nz/2009/04/zk-cmv-cessna-185.html this 185 came to NZ. It was imported by Airflite South of Taieri and ferried across the Ditch from Norfolk Island to Auckland on 26-04-1993, and then down to Taieri via Kaikoura and Christchurch the following day. It was registered as ZK-CMV2 to Airflite South Ltd of Mosgiel on 17-05-1993. In November of 1994 it went up to J G Stewart in Auckland and then to Heli-Flight Wairarapa at Masterton in December of 1999. It was listed privately to Kim Rutherford McKay on 01-10-2004. It joined it current owners; Paul and Kate Macdonald and Tilmac Family Trust in February of 2009