Today the Northern Microlight Club held a "poker run" beginning at Paul Hopper's airstrip at Silverdale, and flying via Makarau, Omaha, Springhill and Ruawai before finishing at Dargaville. More than a dozen sport aircraft took part with groups up from Te Kowhai and Thames/Waihi Beach, as well as local aircraft. 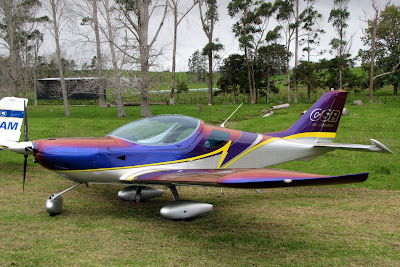 One new aircraft to me was Sportcruiser ZK-CSR which is owned by the Gudsell Family Trust and was up from Te Kowhai. This aircraft has a spectacular colour scheme featuring paint that changes colour from different angles. Here it is mainly a dark iridescent blue. 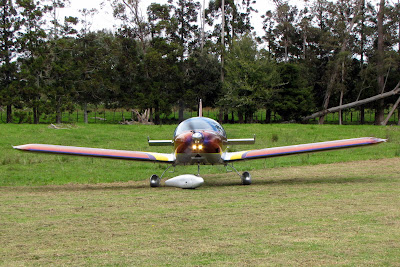 A front-on view on start up with the castoring nose wheel castored! 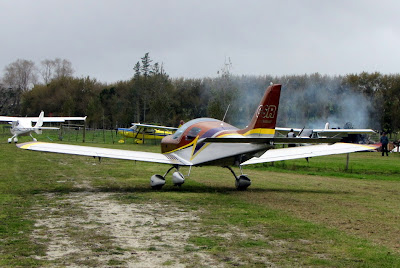 Before taxying off for take-off, now in a brown colour. Truly chameleon like!
Posted by Sir Minty at 20:35