The Canterbury Gliding Club was formed in 1950 and began gliding out of Harewood, but commercial activity forced a move to new site at Burnt Hill (near Ocford). This site was less than ideal being exposed to the Northwesterly winds from the Waimakariri Gorge. Arrangements were then made to be able to operated out of Wigram, but this came to an end with the closure of Wigram, however the Club had established an away base at Hororata and this was used until they were once again forced to move recently.
With the foresight and generosity of Jerry O'Neil, Dick Georgeson and the late Jon Hamilton, land for a new site was acquired and has become what is now the Russell Flat Airfield. 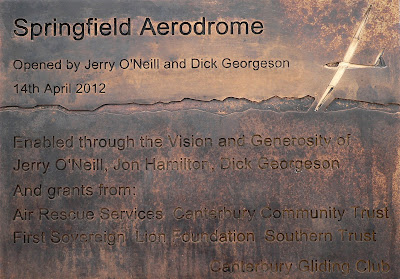 Because of conditions most of the proceeding were held in the hangar, however the cutting of the ribbon and unveiling of the plaque took place externally at the southern end of the hangar.
The Club's fleet was lined up outside the hangar, with private gliders near the side of the airstrip.

Towplane with the CGC since August 1974 has been this Piper PA25 Pawnee ZK-CNG (c/n 25-3624). This was previously a dung duster with Airwork and Aerial Sowing (Canterbury) Ltd's. 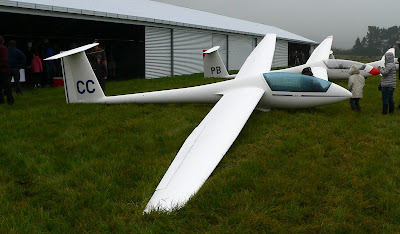 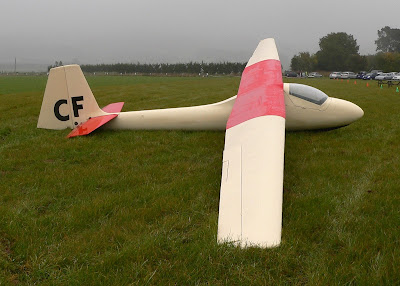 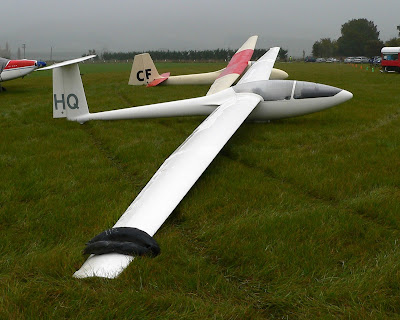 Another of Dick Georgeson's gliders was this Slingsby T59D Kestrel 19 ZK-GHQ (c/n 1745). In this Dick did NZ's first 1000km distance flight. It later went to other well known Club members like John Goddard, Craig Keenan and the late Harman Halliday. It is now syndicate owned.
The Grob G102 Club AStir 111B ZK-GMQ (c/n 5545cb) is part of the very active Youth Glide Canterbury movement. 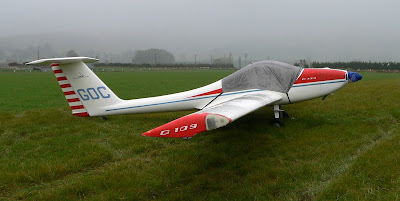 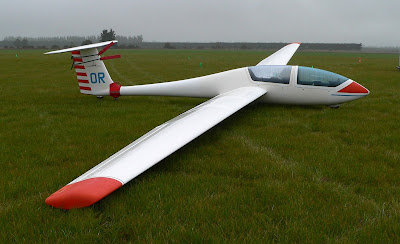 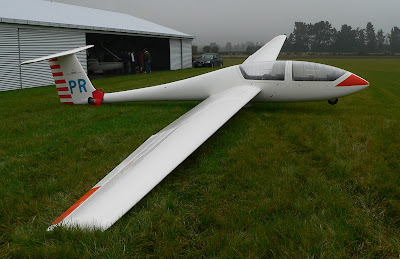 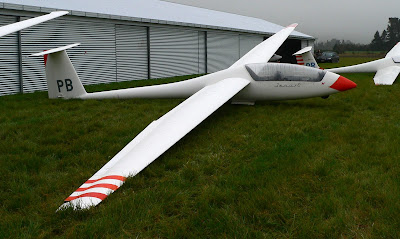