A quick hot chocky break at the Omarama airfield on our way back from Wanaka picked up the following.
The Piper PA18 Cub ZK-BTU (c/n 18-6233) has been listed to Arthur Turner of Christchurch since August last year, but seems to be based here. 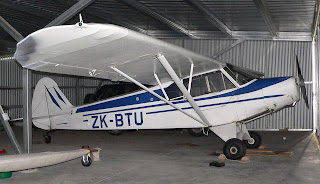 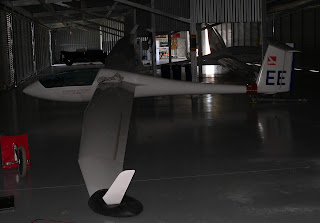 Glider Schempp-Hirth Discus CS ZK-GEE2 (c/n 299CS) was a Bruce Drake import for Gavin Wills of Omarama back in November of 2002. It is still operated by Gavin under the Glider Rentals name. 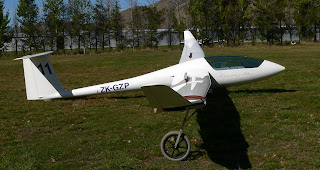 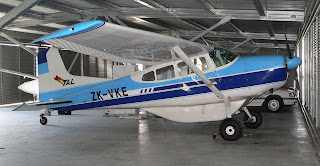 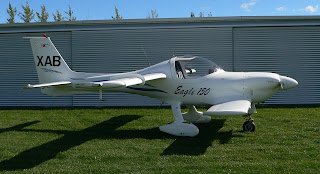 One that we don't see out and about very much is the Eagle 150B ZK-XAB (c/n 032) as registered to the Rodin Trust of Christchurch. It was flown across from Australia in April of 2002. It has about 120 airframe hours now.
Posted by Dave Paull at 21:26