I am currently working my way through a collection of miniature photographs kindly loaned to me by CMM, and thought to have been originally from the late Tim Frederickson.
One of the photographs show the Cessna 185 ZK-CAU (c/n 0211) at Hastings. Poorly exposed and badly stained, with no detail written on the reverse side; seemingly fit only for the rubbish bin.
But - as I have often found in photographs - that the background detail if often much more interesting than the main topic. 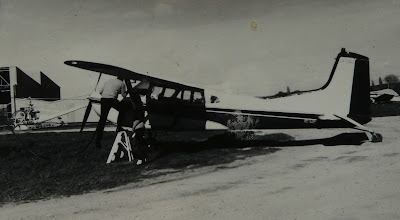 In this case a Hiller UH12 can be seen to the left of the photograph. A closer inspection reveals this is marked as G-ASIG. Now G-ASIG was a Hiller UH12E (c/n 2190) and was with Rent A Copter at Luton from May of 1963 until moving to Autair Ltd in May of 1968.
Pic of G-ASIG here :-
http://www.airliners.net/search/photo.search?regsearch=G-ASIG&photographersearch=Alex+Christie&distinct_entry=true
This UK registration was cancelled on 11-07-1968 and it was registered as ZK-HCN with Whirlwide Aviation Ltd of Hastings on 30-07-1968.
So that narrows down the date of this photograph somewhat !

The 185 ZK-CAU went new to Aircraft Hire Ltd of Masterton.. It was in ag mode and was hired out to Northern Air Services Ltd until striking a fence in May of 1962. It went back to Rural Aviation (the Cessna agents for NZ) and then to Air Contracts at Masterton followed by Barr Bros (HB) Ltd. About 1968 it was converted to a six seater and ownership listed to General Finance Acceptance on 15-05-1968 and then leased to D Thompson, then to Gyro Steel Production Ltd on 09-12-1968. Its final operator was Insapipe Industries Ltd from 13-02-1969. It was tied down beside a hangar at Bridge Pa overnight on 14/15-09-1971 but was destroyed when the hangar burned down.
Below is a pic of ZK-CAU at Wellington taken on11-09-1969. 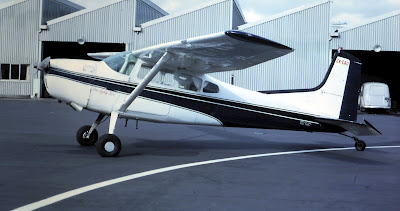 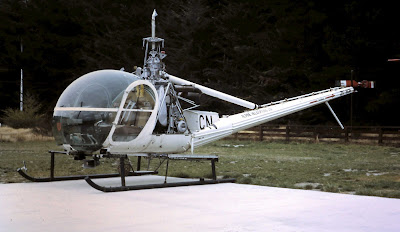