Hurry up and wait !
Just getting there was just part of the fun day.
Nick F has sent in a heap of photographs from the day at Ohakea.
I will post the civil stuff and leave the military aircraft to the MRC Aviation and other blogs.

Below are four shots of  civilian aircraft in military markings

The De Havilland Canada DHC-2 Beaver 1 ZK-CKH (c/n 25) cunningly disguised as the RNZAF Beaver NZ6001. This Beaver has no military history having started work in South Africa in November of 1948 followed by a spell in Libya (on the UK civil register) before coming to NZ for Air Services (Wairarapa) Ltd in late 1964. It is currently listed to the Beaver Preservation Trust.

Douglas DC-3C ZK-DAK2 (c/n 26480/15035) does have a military past with the USAAF - but none with NZ. Its first dose of civil flying was in the Philippines, followed by time in Papua New Guinea and then moving down to Australia. It arrived in Auckland on 27-03-1987 for the Warbirds DC-3 Syndicate. It is now listed with Flight 2000 Ltd and painted to represent the RNZAF C-47 NZ3546. 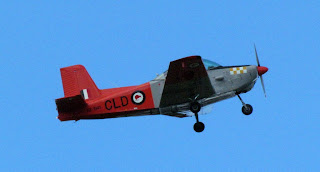 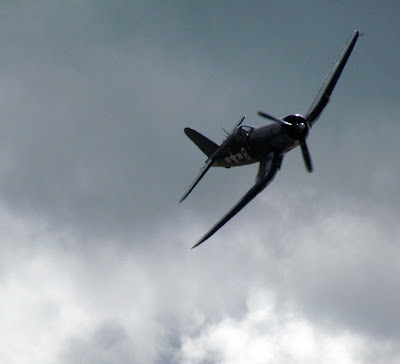 A real warbird on our civil register is this Goodyear FG-1D Corsair ZK-COR (c/n 32823). This did spend time in service with the RNZAF as NZ5648 between August 1945 and May of 1949. Then followed a period on display at Hamilton Airport, Asplins Garage at Rukuhia and MoTaT before going overseas. It the did time in the US (and the Canadian Customs), the UK and returned to NZ for Warbirds over Wanaka in 2004 and has remained here since. It is marked as 92844/8 of VF-17 of the US Navy. 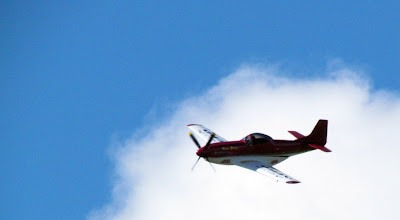 Just being itself is this Papa51 Thunder Mustang ZK-TMG (c/n 018) from the Kiwi Thunder Group.
Posted by Dave Paull at 13:18