A unique gathering of Mustangs occurred at Wanaka this year. 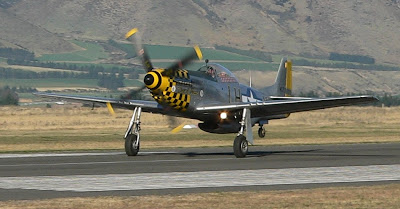 Ivan Campbell from Campbell Aviation of Loburn had his Titan T51 Mustang U/L ZK-MSY (c/n 0035) on display. Above we have Jerry Chisum and Ivan Campbell readying for an aerial photo shoot. 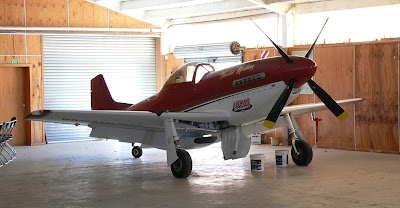 The Kiwi Thunder Group's Papa51 Thunder Mustang ZK-TMG2 (c/n 018) was on the flight line but unfortunately was unserviceable.

Based on the Field is the Ivan Krippner Bushby MM1 Midget Mustang ZK-DDC (c/n AACA/107). 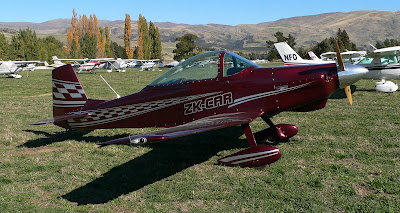 In the visiting aircraft park was the Bushby Mustang 11 ZK-CAR (c/n 1713) belonging to John and Trish Crawford.
An attempt to get four of them airborne for an air to air session was thwarted by the Thunder Mustang being U/S and previous commitments by the P/T-51's.
Posted by Dave Paull at 06:16