It was sold along with spares to Ritchie Air Services Ltd of Te Anau on 19-05-1964. Ritchie became a subsidiary of N Z Tourist Air Travel in December of 1964
Below we see her at Te Anau along with the Tiger Moth ZK-BRC on 17-03-1966, with TAT on its tail and Ritchie Air Service on the fuselage.
Then we see her in the big hangar at Queenstown on 26-12-1974 by which time it was with Mount Cook and Southern Lakes Tourist Co Ltd.

It was sold to Tom Williams of Te Parae (Masterton) on 28-03 1978.
The next four photos are from the Allan Wooller collection and show ZK-AKY. 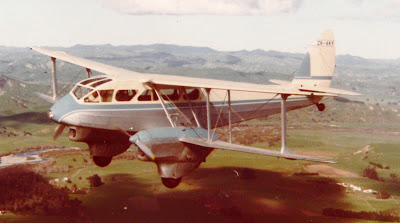 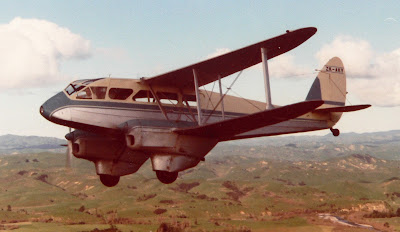 And two views of it whilst it was in the care of the N Z Sport and Vintage Aviation Society at Masterton wearing pseudo military markings during the 1980's. 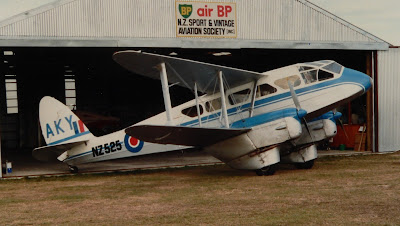 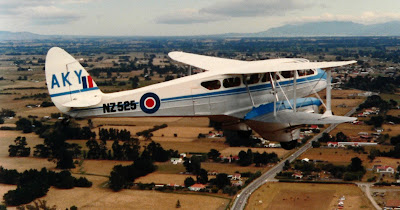 It was leased for a time to White Island Airways of Rotorua before returning to the NZSVAS.
On 28-02-1990 whilst in the circuit at Wigram it collided with the Cessna 172 ZK-BWN - luckily both landing ok.
It undertook an interesting trip up to New Caledonia and return in October of 1995 by which time ownership was with Biplane Adventures Ltd of Wanaka. It then transferred to Croydon Air Services of Mandeville on 18-12-1996 and then to the Croydon Aircraft Co Ltd from 14-02-2001 and remains with them today.
These three views show her at Timaru on 18-01-2007. 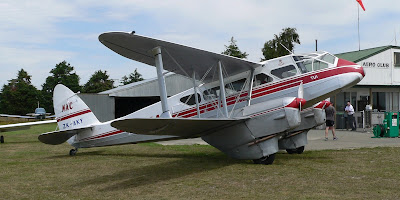