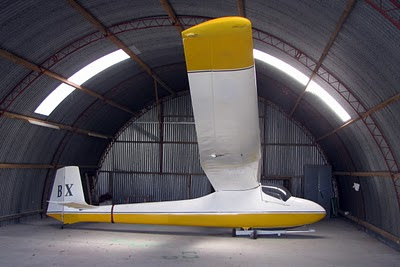 Slingsby T 41B Skylark 2B ZK-GBX (c/n 1199) was first registered to the Canterbury Gliding Club on 10/1/60 and ownership moved to the Hauraki Aero Club on 24/2/69. As with most of these old gliders it has had an adventurous life, including ditching in the sea off Thames, undershooting at Thames, and a wire strike at Walton. However it is still looking good. It has had owners at Rotorua and a succession of owners at Taupo, currently being owned by C J McGrath.
The text and photo above comes from an earlier posting by Sir Minty on 07-01-2011. 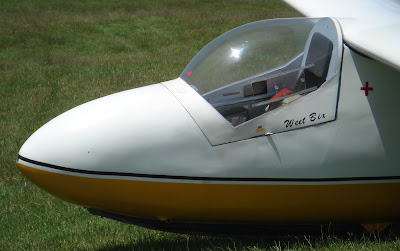