In addition to our 35 homebuilt Jodel D 11's we have had 2 other Jodels imported into New Zealand, as detailed below: 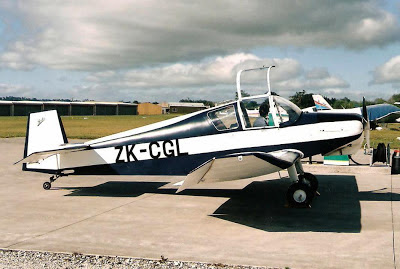 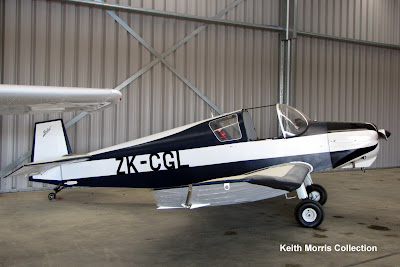 I have seen it in several hangars at North Shore but I have never seen it flying. 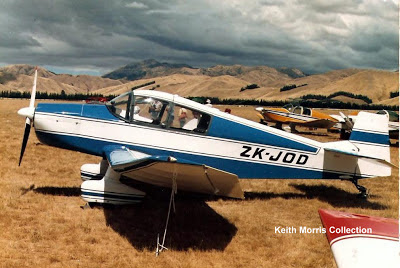 And our other Jodel import is ZK-JOD (c/n 350) which is a DR 1051 Sicile model built by Avions Pierre Robin.  Pierre Robin approached Jean Delemontez in 1957 with an idea of building an improved Jodel to be based on the D 10 wing.  The D 10 was not proceeded with when the popularity of the D 11 took off.  Eventually Delemontez produced a new design which became the basis of the DR 100 series of Jodels.  DR stands for Delemontez-Robin.  The DR 1051 Sicile was developed by Pierre Robin for air racing with streamlined fairings, and was very successful including winning the air race of Sicily for which the model is named.  It has a 105 HP Potez 4E-20 motor.