To complete my posts from The Vintage Aviator Armistice Day airshow at Masterton, I will post about the English reconaissance/observation/fighter bombers below:. 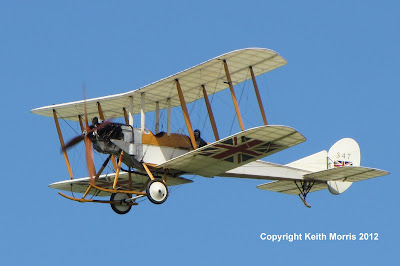 The Royal Aircraft Factory BE 2 model existed at the outbreak of war, and it was quickly pressed into service, even though it was pretty much a sitting duck for newer Gerrman fighters such as the Fokker Eindecker.  This early model BE 2c reproduction, ZK-TVA, built by The Vintage Aviator, is painted in the early Royal Flying Corps colours featuring the Union Jack.  It was only in 1915 that red white and blue roundels were used. 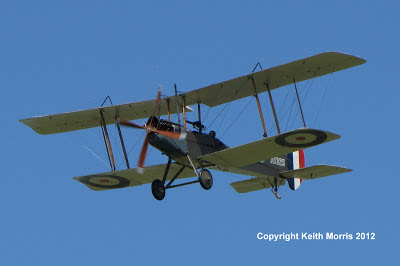 BE 2f ZK-BFR above, is an original airframe, making it a very historic aircraft.  It also has an original Royal Aicraft Factory Model 1A air cooled V8 motor of 90 HP, that was reverse engineered and manufactured by The Vintage Aviator, as no serviceable RAF Model 1A engines existed in the world.  That's pretty amazing! 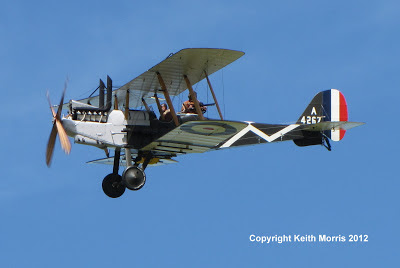 The Royal Aircraft Factory RE 8 was designed as the replacement for the BE 2 and ZK-RES above is The Vintage Aviator's second flying example (after their first was a static airframe that is displayed at Omaka Aviation Heritage Centre).  It is powered by a Royal Aircraft Factory Model 4A air cooled V 12 motor of 160 HP, that has also been reverse engineered by The Vintage Aviator.  Doubly amazing! 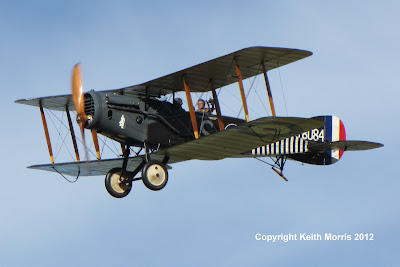 The Bristol Fighter or "Brisfit" was also designed as a replacement for the BE 2, and was arguably a better aircraft, however it was hampered during the war by the lack of Rolls Royce Falcon engines. ZK-BRI, photo'd above, is an original example powered by a Rolls Royce Falcon of around 14 litres!  It was found that the Brisfit could foot it against single seat fighter types by going on the attack and having the rear gunner protect the rear - it must have been a hell of a ride in combat!  The Bristol Fighter was produced between 1916 and 1926.