Another facet of the vintage year that was 2012 (for New Zealand vintage aircraft), was provided by The Vintage Aviator.  Their Armistice Day airshow at Masterton's  Hood Aerodrome was the first one of their airshows that I have attended, and I was even more impressed than I thought I would be.  Fantastic weather for a start, and then amazing aeroplanes displaying close to two crowd lines which made for excellent photo opportunities.  I have already posted about the 5 new WW 1 aircraft at the airshow at www.nzcivair.blogspot.co.nz/2012/11/the-vintage-aviator-armistice-day_11.html

I took so many photos that I didn't post at the time, and I post some of them now as a celebration of a vintage year, and to give enthusiasts an idea of what could be in store for Wings Over Wairarapa 2013. 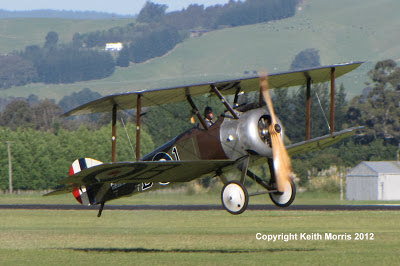 Sopwith Camel replica ZK-JMU (marked up as B3889), seemed to leap into the air on take-off. 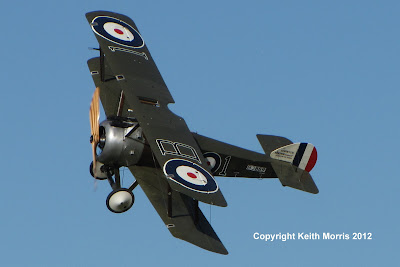 And then put in an impressive display with amazing bangs and pops from its rotary engine. 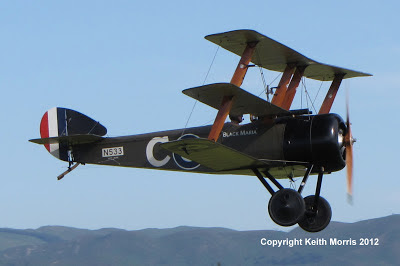 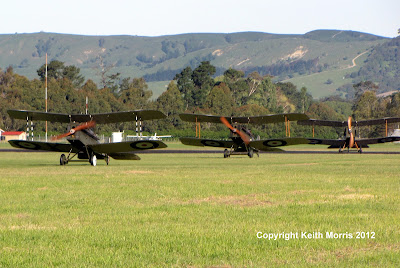 The impressive sight of 3 Vintage Aviator SE 5A's taxying in, from left ZK-SEO, ZK-SES and ZK-SEV.  These aircraft are essentially as they would have appeared from The Royal Aircraft Factory in 1917, with 180 HP Hispano-Suiza motors. 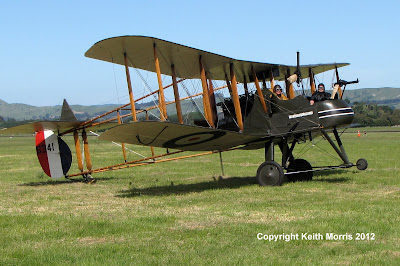 Finally for this post, the remarkable appearance of not one but two Vintage Aviator FE 2b's.  One flying was unique in the world - but two??!!  The first FE 2b, ZK-FEE, is marked up as 6341 and named "Zanzibar 1", but also marked up as "The Scotch Express" on the starboard side, as photo'd above. 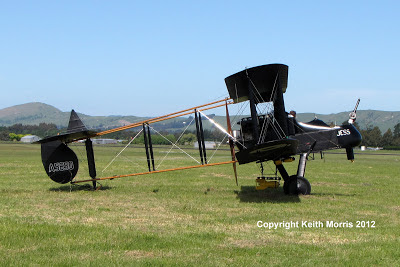 While the new FE 2b is ZK-FEB, which is marked up in the colours of A5650 as a night bomber and named "Jess".  You can see the large "bomb" behind the undercarriage in this shot.  The original of this aircraft was built by G & J Weir in Scotland and operated by 100 Squadron in late 1918.  Both aircraft are powered by original 160 HP Beardmore motors.  I think both of these aircraft are "as new" builds.