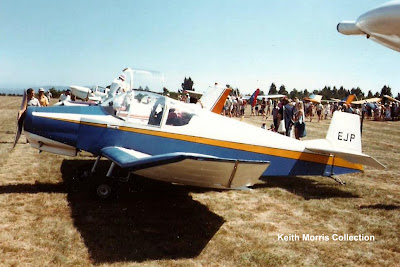 ZK-EJP (c/n AACA/323/1) was built by Lance Adlam of New Plymouth, and was first registered to him on 23/9/77.  Lance was an ex RNZAF pilot who flew Kittyhawks and Corsairs in the Pacific during WW 2.  It is photo'd above at the 1982 AACA flyin at Taupo with the standard gull wing cockpit doors. 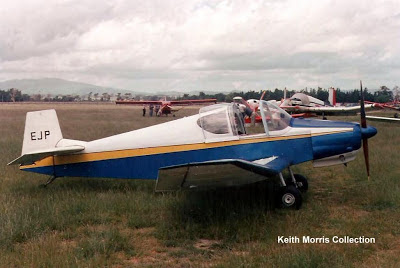 This photo of ZK-EJP was taken at Feilding around 1990.  It can be seen that the cockpit canopy had been altered to a sliding canopy by this time. (Thus ZK-ECF was not the only New Zealand D 11 with a sliding canopy as I posted earlier, and there is another one, ZK-MMB to be posted in a later post).

Sadly ZK-EJP was lost in a fatal crash near its home airstrip, South of New Plymouth, on 24/8/96 which killed Lance Adlam, but his passenger survived.  This is the only fatality in a D 11 in New Zealand, which is remarkable considering the number of D 11's we have had, and the often adventurous type of flying that they have done. 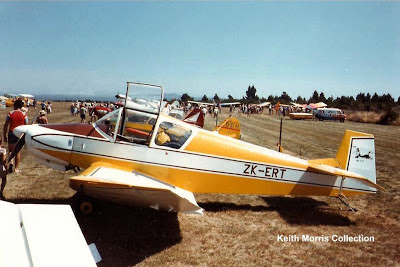 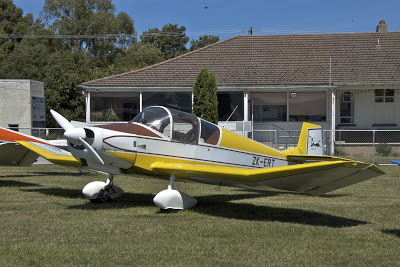 It was repaired and sold to ME Hely of Dunedin on 12/10/07.  As can be seen in the above photo taken at Taieri on 11/1/09, it has not changed much over the years, and still features The Dog from Footrot Flats on the tail.  Thanks to Ray Bremer for the photo. 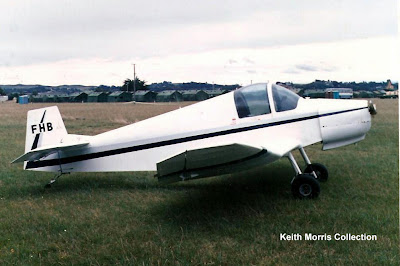 And our final D 11 for this post is ZK-FHB (c/n AACA/188) which was built by Bernie Kavanagh of Napier, and was first registered to him on 30/3/84.  It was sold to PB Walsh of Hastings on 13/5/87.  It is photo'd above at Waipukurau sometime around 1990.  It was then sold to D Moore of Palmerston North on 8/5/92.  He used it for flying into bush strips in the Ruahines.  It was damaged in an accident at Colyton, North of Feilding when a blade came off the propellor, and damage was sustained in the ensuing forced landing.  It was cancelled on 6/11/98 but I understand that it is being rebuilt, and it is not too far away from completion.
Posted by Sir Minty at 21:47