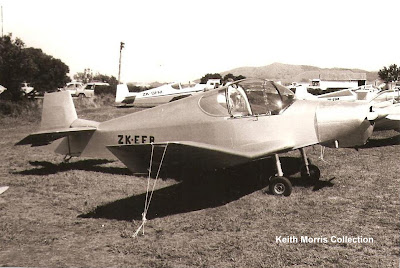 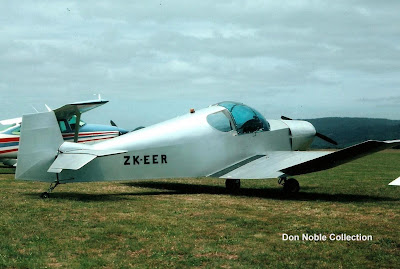 ZK-EER (c/n AACA/232/2) was built by Ben Berg in Auckland, and it was first registered to him on 3/12/75.  It was his second Jodel, having previously built D 9 ZK-DBM.  The above photos were taken at the 1976 AACA flyin at Kaikohe very early on in its life, where it had a special permit issued to fly to the flyin ( as was sometimes done by CAA back then). 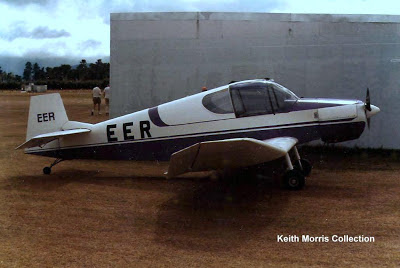 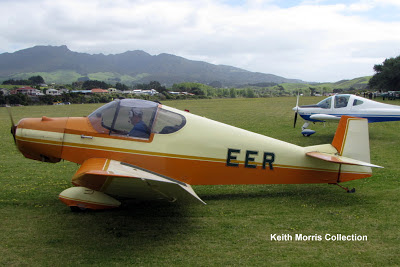 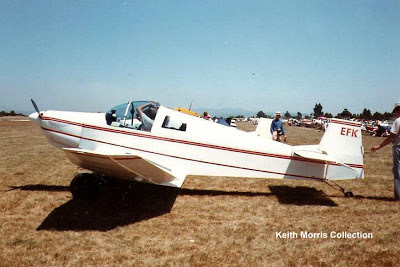 ZK-EFK (c/n AACA/431/1) was built at Napier by Charlie Janes, and was first registered on 19/6/78.  Charlie used ZK-EFK for flying into airstrips in the ranges to hunt game.  He was a good keen man and wrote at least 5 books about his hunting exploits: "Time For a Break", "Hell For Leather", and "Hunting For Trouble"which all featured ZK-EFK on their covers and then "The Turkey Has Landed" and "Possum on a Cold Tin Roof" which featured Charlie's second aircraft, Protech PT 2 ZK-PTU on their covers.  As many bush pilots in New Zealand have found, the low wing of the D 11 made it somewhat problematic for landing on narrow bush airstrips, so Charlie went the high wing way.  His first attempt at a high wing bush plane was with Auster ZK-ATO which he converted to Rover V8 power, however he ran into trouble with the authorities - but that is another story.  The above photo was taken at the 1982 AACA flyin at Taupo, and you can just make out the oversized bush tyres.. 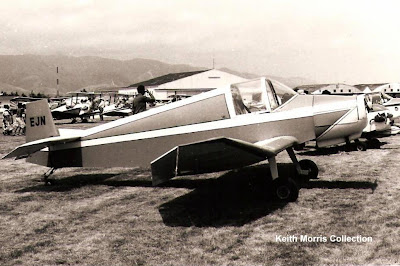 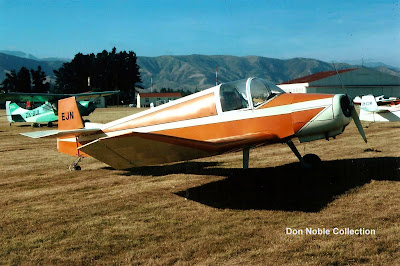 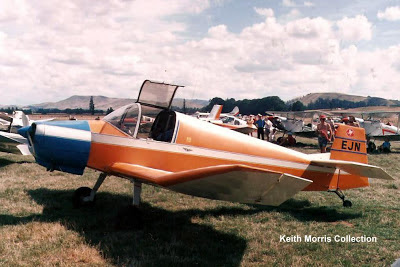 The above photo was taken at the 1990 AACA flyin at Waipukurau.  It suffered major damage later that year on 24/11/90, at Tarukenga, near Rotorua, when the wing was torn off. 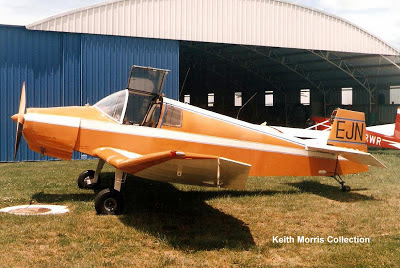 It was rebuilt as evidenced in this photo taken at Tauranga in 1997, and it is still current.