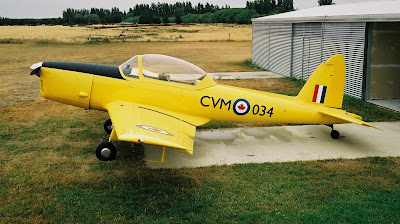 I start the year with three recent departures from the Rangiora region.
The Canadian built De Havilland DHC-1A1 Chipmunk ZK-CVM , c/n 34 , of Don Penniall has moved north to Matahui Airlines Ltd of Katikati. Built for the Indian Government in 1949 it was registered here on 03-04-2003. It has the later Canadian style canopy fitted. Its markings of CVM and 034 are the last three letters of its original Indian registration of VT-CVM and its construction number of 34; with the Canadian maple leaf insignia within the roundel. I am wondering if - now that Don's hangar is empty - if we will see the LOM powered Chipmunk come together here ! 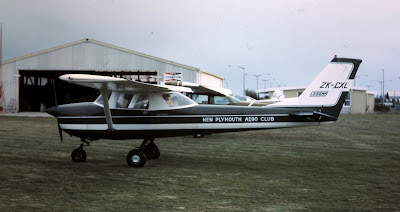 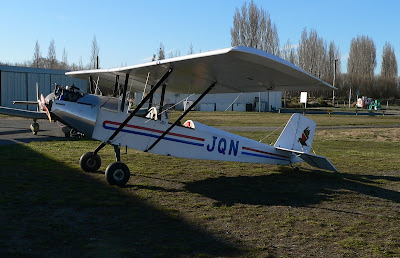 Pietenpol Air Camper M/L ZK-JQN , c/n DP02 , was completed from a partially completed kit by Donald Palmer of Kaiapoi and hit the register on 06-05-2005. It has spring steel U/C legs, a Cortina 2L engine and a 62inch propeller. It was first flown that December by Evan Belworthy. Ownership changed to James Coleman of Christchurch on 21-01-2007 and more recently to Glen Morgan of Greymouth.
Now if memory serves me - Glen started to build a Air Camper sometime in the 80's, but sold the project. Is this the same airframe that he has re acquired ?   Pic taken at Rangiora on 26-07-2009.
Posted by Dave Paull at 10:42