I have previously posted about John Eaton's awesome Model 12 Pitts at North Shore (see http://nzcivair.blogspot.com/2010/03/pitts-model-12-zk-pts-has-flown.html ). I have seen most of New Zealand's homebuilt aircraft, and I really think this is among the absolute best. The finish is amazing and I don't think that photos do it justice. It is such a beast! I have called in at John's hangar many times as ZK-PTS was coming together over the last few years, and he has done an amazing job. 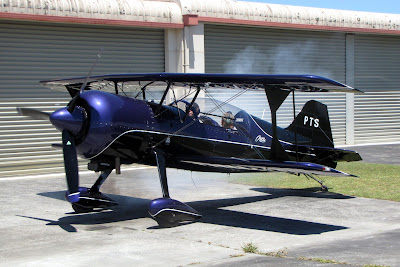 However yesterday was the first time that I have seen it fly. The first photo shows it firing up with impressive smoke, flown by John in the rear seat and Richard Hood in the front. Look at that huge propellor! 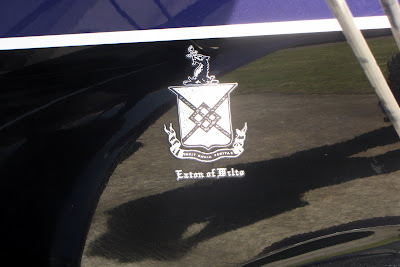 ZK-PTS features John's family crest "Eaton of Wilts" and you can get an idea of the finish on the aircraft by the reflection of my shadow on the ground as I took the photo. 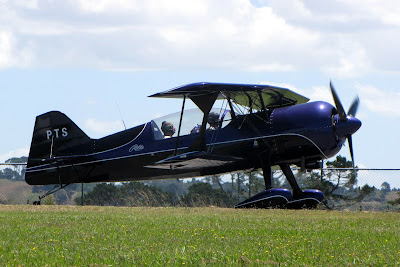 Then after a warm up it was on to the runway for takeoff. The takeoff was interesting as because of the huge propellor the tail is kept down and the aircraft flies off the ground in a 3 point attitude. 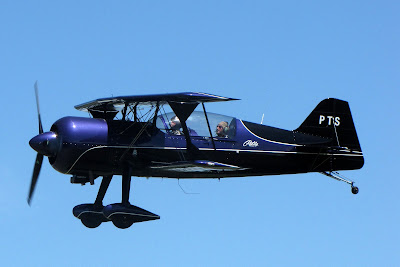 Then back for one of those spectacular landings down the slope of the North Shore airfield. Awesome!