Hot Out of the Container - Swedish Klemm 35D

A quick trip to Ardmore at lunchtime produced a surprise when I came across Hakan (Hawkeye) Wiykander unpacking his Klemm 35D aircraft SE-BGA from a container that had just arrived from Sweden. 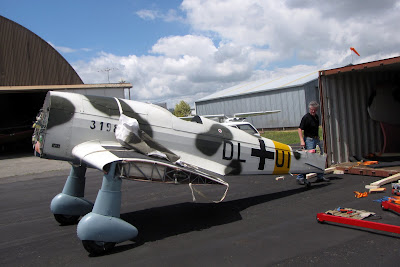 Hawkeye told me that his aircraft was painted up in an authentic colour scheme of a Stuka, and there are obvious similarities between the Stuka and the Klemm with the gull wing and fixed undercarriage. He is planning to be flying in New Zealand for 2 months, culminating with attending the Classic Fighters airshow at Blenhiem over Easter. 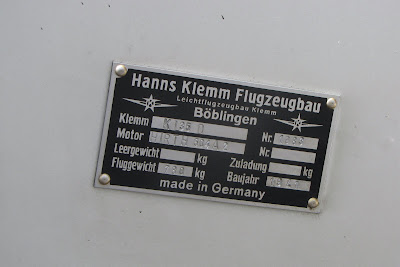 For anyone wanting to identify this exact aircraft, here is the Constructors plate.