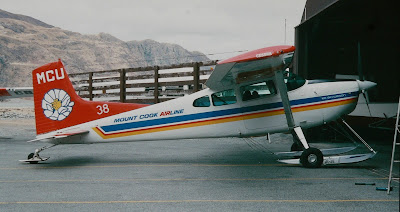 On 22-02-1992 it was damaged in a ground loop on the Franz Josef Glacier.
Ownership changed to Tourism Holding Ltd on 30-06-1998.
The photo below was taken at Mt Cook on 11-12-1998 by which time it had lost the ranunculus from its tail and now has the "Mount Cook Skiplanes" script on its fuselage. 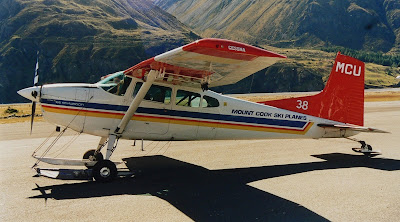 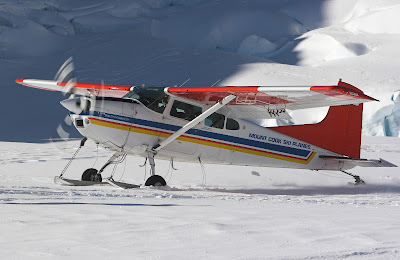 It is now in private hands and is operating out of the Fox Glacier strip in the parachuting role. 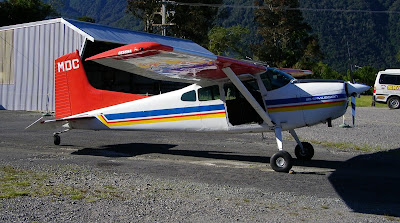