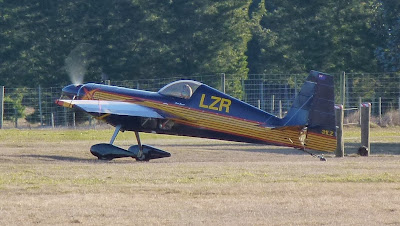 ZK-LZR was mentioned in an earlier posting - See:-


I recently had a note from Sam Fry himself:

The wing was built from the original Stephens Acro plan set #31, but was modified per Leo Loudenslager's advice to strengthen the spar center section and add an extra two bays to the ailerons (much larger). The fuselage was highly modified based on all the weak points that had been identified by 1990. Pitts plans were referenced for details, the cowl, fuselage shape, turtledeck &;cockpit canopy was streamlined per Leo & Henry Haigh's advice to keep it "very clean". The tailfeathers were the largest built at that time, again advice mostly from Haigh. The entire airplane was scratch built from raw materials, no kit or kit components were used. I also rebuilt the engine after Monty Barrett had balanced and blueprinted the components, including the 10:1 pistons. It's a great flying airplane, unfortunately my competition days were ended by a back injury that was the result of a car accident. "
********************
﻿
The photo above was taken by Allan Bowman at Rangiora on 29-07-2012. 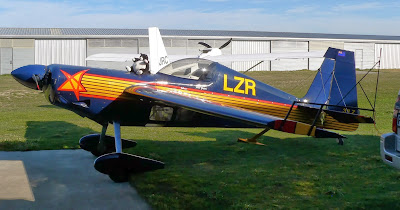 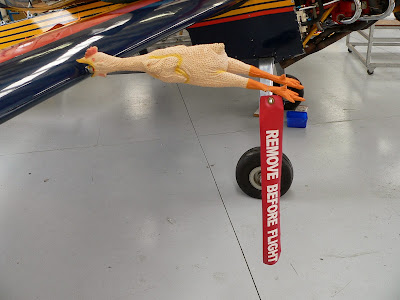 Nice to see that there is still a bit of mirth and merriment left in NZ civil aviation.
Thanks to Sam Fry for the update.
Posted by Dave Paull at 08:12