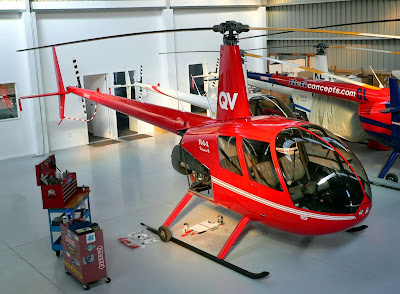 It was sold and registered to Coastwide Helicopters Ltd of Greymouth on 14-06-2007 and is seen below with Company script added outside Heli Maintenance Ltd at Christchurch on 28-11-2007. 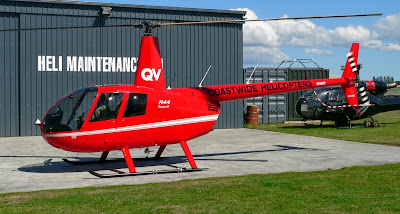 Coastwide became part of Mount Hutt Helicopters Ltd and an ownership change to this effect took place on 01-08-2010. They in turn became part of the Kershaw Aviation Group.
Ownership of HQV moved to BJC Property Ltd (another way of saying Blair and Jayne Chapman - previous owners of Mt Hutt H/C) on 27-09-2013.
It is seen below back at Heli Maintenance on 04-10-2013. 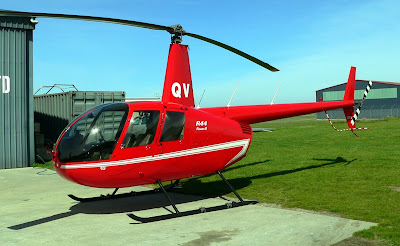 And below it was captured on finals at Hastings yesterday by Des Smith. 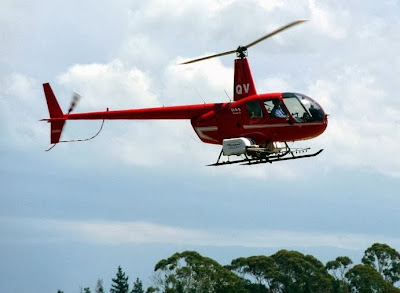