Next stop Taupo Airport where all the action was happening in tandem skydiving.  Apart from that it was pretty quiet. 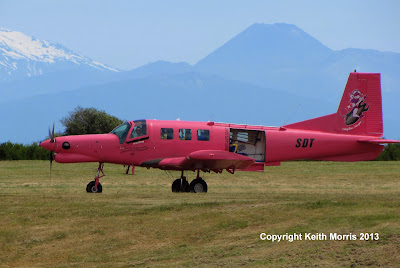 PAC 750XL ZK-SDT of Skydive Taupo was coming and going with loads of jumpers.  Below the cockpit was an inscription:  "Fear is temporary, achievement is permanent".  As you can see in the background, there was still quite a lot of snow on Mt Ruapehu for the longest day of summer. 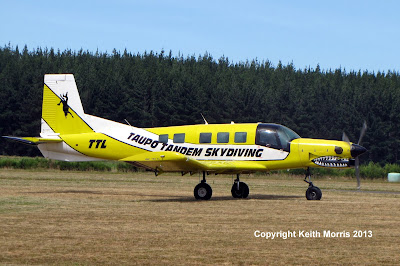 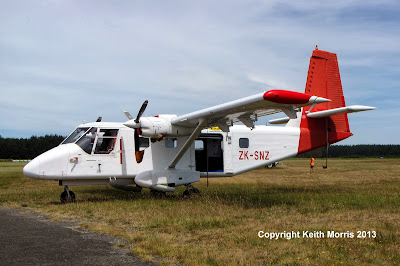 While their GAF N 22C Nomad ZK-SNZ was parked.  I assume it is still used. 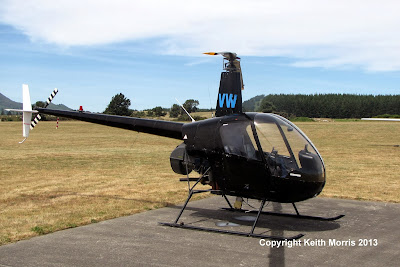 Local R 22 ZK-HVW could be powered by Volkswagen?  The pilot said that at least it was a horizontally opposed flat four! 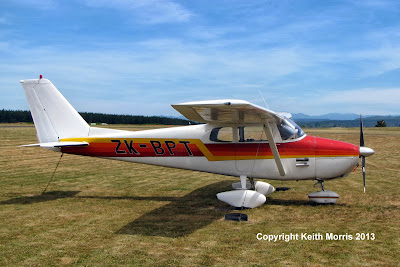 A real oldie on the picket line was Cessna 172A ZK-BPT.  This was first registered in November 1959 making it 54 years old!  It is in the common Taupo colour scheme of orange and yellow. 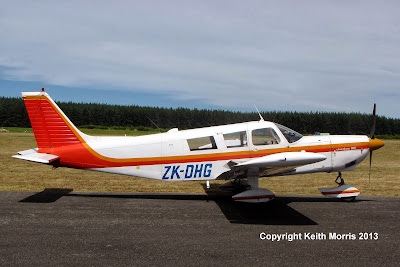 Another in the same colours was Piper Cherokee Six ZK-DHG, which is registered to a Te Awamutu address. 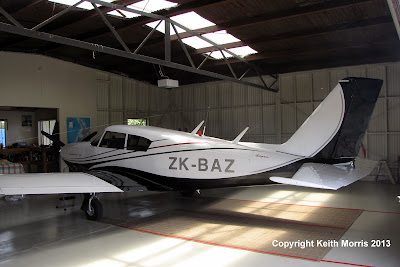 Locally owned Piper Commanche 250 ZK-BAZ was in its hangar in a nice new colour scheme. 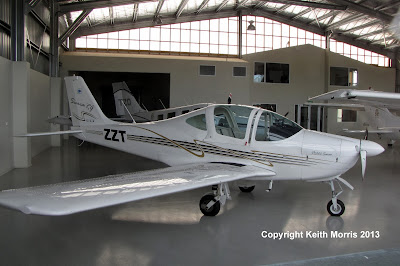 And just along the hangar of Izard Pacific Aviation had clear hangar doors through which I took this photo of their Technam P 2002 Sierra RG ZK-ZZT.  It would be great if all hangars had clear doors! 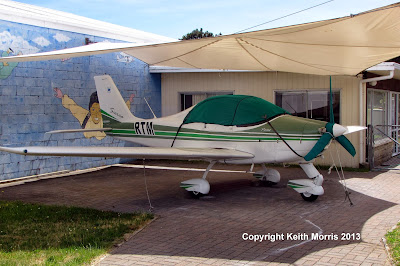 I carried on to Tokoroa and Matamata airfields but late in the afternoon and with a fairly strong Westerly, they were both dead as dodos.  However, through cracks in hangar doors, at Tokoroa I saw James Lobet's Ganagobie Mousebird ZK-JLO which looked as if it was active, and at Matamata I saw the Titan T 51 Mustang ZK-TVG and the now locally owned B & F Technic FK 14B ZK-RFD.  No doubt there were many other interesting aircraft locked away from sight (including a new Jodel D 11 at Tokoroa), but they will have to wait for another day.