Feilding Aerodrome is home to a lot of sport aircraft. The trouble usually is, they are locked away in hangars.  However, I arranged to meet up with some of the guys for morning tea in the Middle Districts Sports Flying Club for morning tea, and some of them opened their hangars for me to photo some of the selection below. 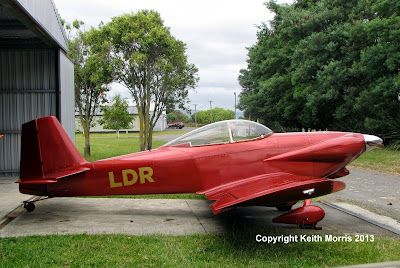 Les Rogers was cleaning down his Vans RV 4 ZK-LDR following a flight to Waipukurau the previous day.  Les told me he has over 100 hours up in the aircraft, and he is very pleased with it.  It is painted in one of those iridescent paints and it looks more red in stronger sunlight.  ZK-LDR was a really long term project that Les first registered on 16/12/91and it is great to see Les enjoying the fruits of his labours. 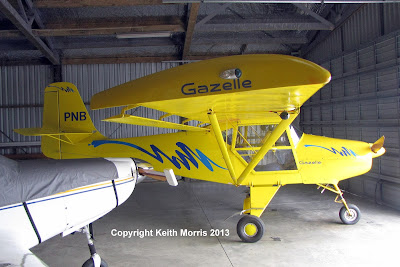 The Middle Districts Sport Flying Club operate Skyfox CA 25N Gazelle ZK-PNB and reckon it is one of the best training aircraft.  ZK-PNB is ex VH-PNB and has been with the club since 17/8/01. 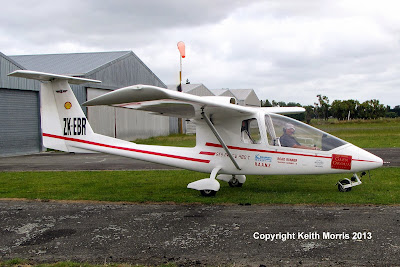 John Bolton-Riley fired up his Sky Arrow ZK-EBR and went for a local flight.  New Zealand's entire population of Sky Arrows is based on the field, with the other one being the Manawatu Microlight Club's ZK-SKO (ex one of the many ZK-CJWs). 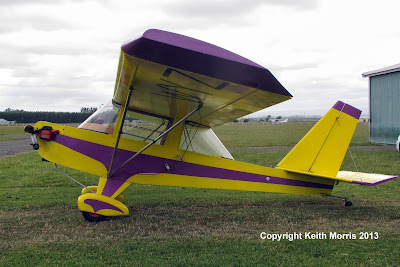 Trevor Day kindly unwrapped his TEAM Hi Max ZK-WYZ and pulled it out of its hangar for a photo.  It is powered by a half VW engine. 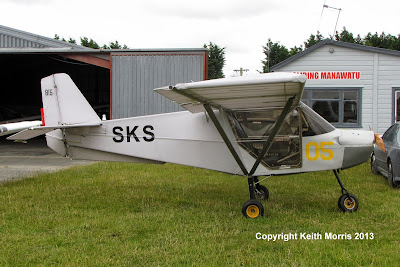 Meanwhile at the Manawatu Gliding Club hangar things were coming to life with the locally owned Aero Ukraine Skyranger Swift ZK-SKS being pulled out of the hangar... 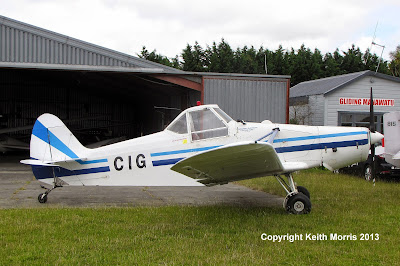 For the Gliding Club's Piper.Pawnee to begin towing. 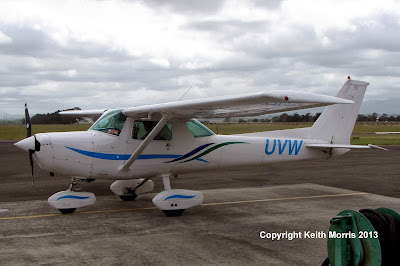 And finally, as a representative of several training aircraft on the field, I photo'd Cessna 152 ZK-UVW as it had a nicely alphabetical registration.  The pilot's wave is friendly!  ZK-UVW is owned by Flight Training Manawatu.