This aircraft got a brief mention in an earlier post. See:-
http://nzcivair.blogspot.co.nz/2012/02/omaka-report-1.html


The first two pics of ZK-AWH below come from the Ed Coates Collection.
First one was taken at Hastings in the 1950's 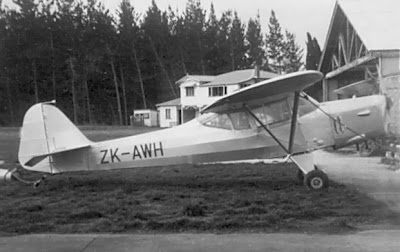 Below a pic from the mid 50's by James Dyson via David Molesworth and the Ed Coates Collection.
It looks like it is wearing the MDAC badge on the cowling; has the fuselage stripe and the registration moved to the fin and rudder. 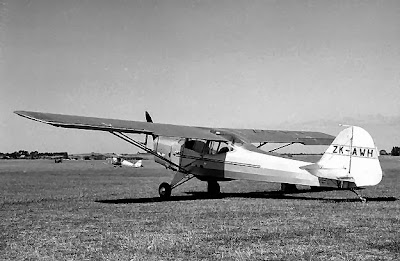 Below I caught it at Taieri in the early 1960's in another colour scheme whilst under the ownership of M H Mee of lauder.
Not is now has the J1B rudder but still has the unusual louvered engine cowling and the short exhaust. 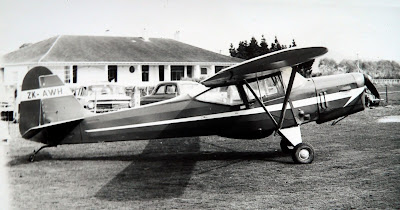 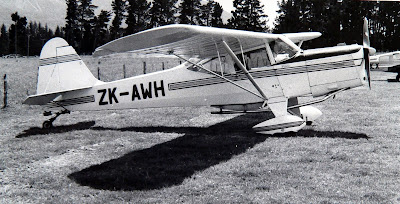 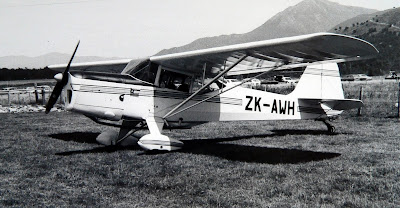 Below we have a shot from Russell Woods. 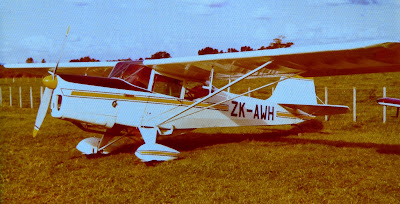 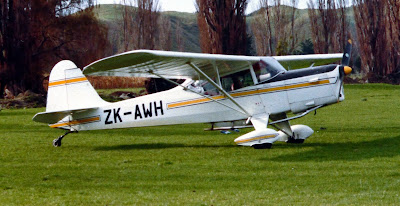 Above ZK-AWH is seen on the Dudley Payne strip and comes from Allan Wooller. 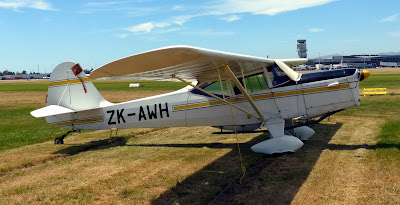 And two taken at Christchurch International Airport on Tuesday 03-12-2013.