Paraparaumu Airport is undergoing major changes, with commercial development encroaching on the airfield.  The hangars that were alongside the main road to the beach have been demolished and the Aero Club hangar is being re-located to the seaward side of the airfield, near to the old CAA hangar which is presumably now owned by Helipro.  However, air2there still operates from the site near the control tower mound. 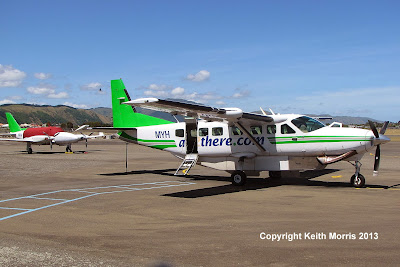 air2there C 208B Grand Caravan ZK-MYH was awaiting passengers while their Navajo ZK-WHW was covered in the background.  You don't often see an aircraft as big as a Navajo covered - maybe it has a leak? 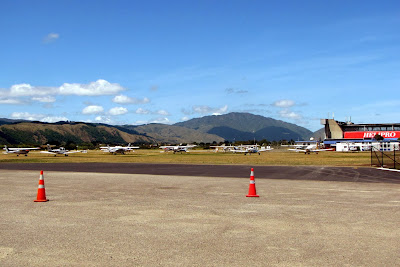 Because of the demolition of the hangars a lot of aircraft are picketed outside as in this view. 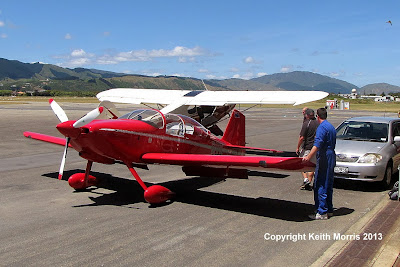 The now locally owned Vans RV 6 ZK-RVK was doing circuits and later parked in front of the Helipro hangar.  Piper Cub ZK-BOY is in the background of this shot, with huge tyres. 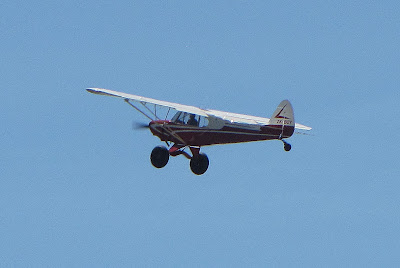 And it took off later - those tyres sure look ungainly!

Other sport aircraft in the Helipro hangar were 2 locally owned Jodel D 11s: ZK-DYB and ZK-ECU, and the Lower Hutt owned Vans RV 7A ZK-MIS.