Continuing the history of Avid Flyers of New Zealand. 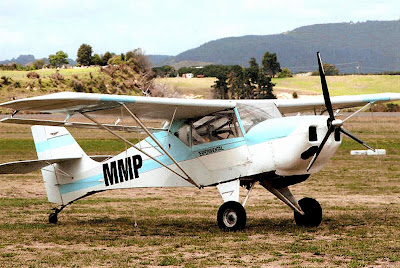 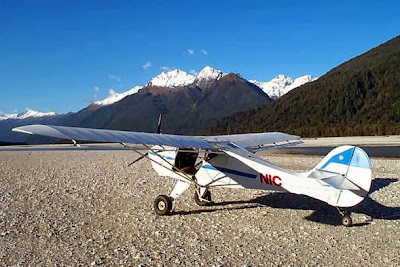 ZK-NIC (c/n 1208C/MAANZ/488) is a STOL model built by Nick Kagan of Lowburn, and was first registered on 14/6/93.  The above photo was supplied by Flyernzl from Trade me when the aircraft ws for sale, and it can be seen that Nick Kagan used the aircraft to fly into the backblocks of central Otago.  It was sold to RW Cohen of Napier on 10/1/13 and is currently out of the air, but current. 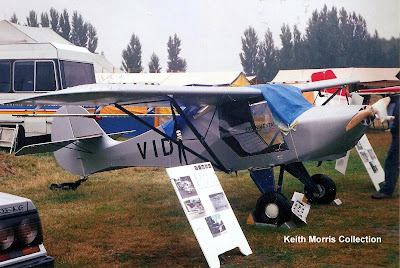 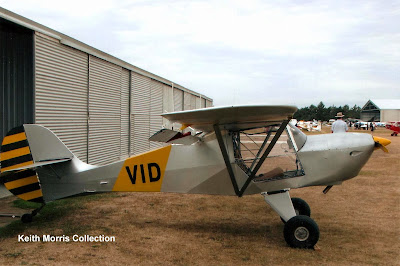 But it re-surfaced with Paddy McDonnell again and was re-registered on 7/2/08, this time with a Jabiru 2200 engine.  The above photo was taken at the 2009 SAANZ flyin at Ashburton, where the aircraft wears Paddy McDonnell's trade mark silver with a yellow diagonal stripe colour scheme.  It is still current. 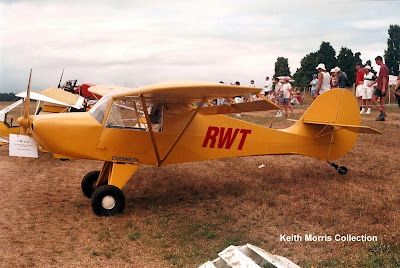 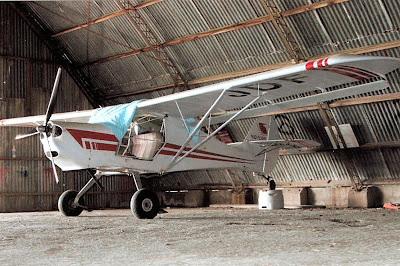 ZK-JDF (c/n 1459D) is a Mark IV model that was built by John Sinclair of Tahakopa, and was first registered to him on 19/12/94.  It had a Rotax 912 engine and an Ivoprop propellor.  It first flew on 19/9/05 and was later based at Balclutha.  Thanks to Flyernzl for the photo.  It was sold to HR Hamilton of Hokitika on 17/1/11 and was damaged in an accident on a West Coast riverbed in 9/13.  The remains are at Rangiora and it is unlikely to fly again. 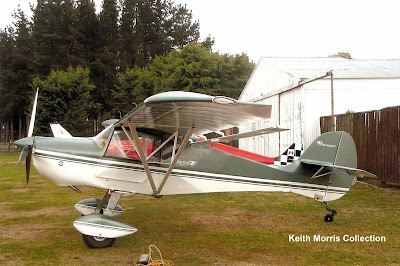