pasturepilot has given me a rev up over my posting on the Chipmunk N861WP at :-
http://nzcivair.blogspot.co.nz/2013/10/chipmunk-n861wp-at-rangitata-island.html
pasturepilot said :-
"OH, but you are missing out on the story this plane has to tell!
N861WP had a distinguished student, Prince Phillip, the Duke of Edinburgh, flew this aircraft during flight training. I believe he soloed in this aircraft, if memory serves.
I grew up hanging around this bird in the 90's near Atlanta, Georgia, and flew her, twice.
The gentleman who owned her passed earlier this year and I was wondering where she'd ended up after the sale years ago. Looks like several transactions later, she's still in good hands! "


Well I guess I assumed that everybody already knew this about its "Royal" connection.
Below is a pic of WP861 taken on 04-01-1964 by Ian M Macdonald and comes via Air Britain files.

For a quick (hands on !!) walk round with the "Duke" see :-
http://www.britishpathe.com/video/duke-of-edinburgh-learns-to-fly/query/CHIPMUNKS
Below is an extract from http://www.nzwarbirds.org.nz/chipa.html#
"As with several previous de Havilland aircraft, the Chipmunk was to have royal connections in Britain. A brand new T.10 was delivered to RAF White Waltham and used to teach HRH Prince Philip, the Duke of Edinburgh, to fly. Trained by Flight Lieutenant Caryl Gordon, the Duke made his first solo on December 20, 1952."
Below we have some reasonably recent close up shots of WP861/N861WP. 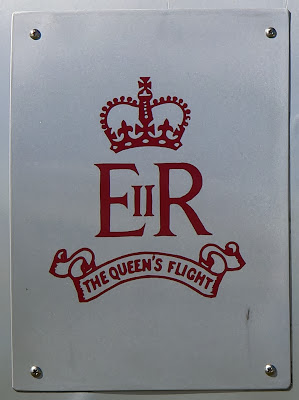 For N861WP air to air check out :-
http://hatfieldaviationheritage.co.uk/chipmunk/
And below we see her at Forest Field on October the 6th this year. 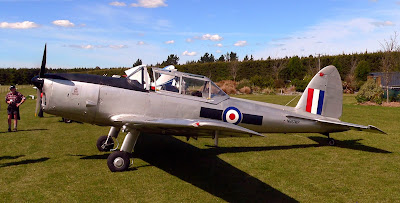