The Avid Flyer was designed in the early 1980's by Dean Wilson of Boise, Idaho, and the prototype was displayed at Oshkosh in 1983.  It proved very popular and soon kits were being manufactured by Light Aero, which was the company that Dean Wilson formed in Caldwell Idaho.  The Flyer could be built with many options including 2 different wing types, folding wings, and a unique aileron system that utilised separate ailerons hinged on brackets so that they were below and behind the wing.   It has a steel tube fuselage  and the aircraft is fabric covered.  It could be built with tri-gear or tailwheel or skis or floats (which must have been way underpowered with the original 45 HP engine).  It has a steel tube fuselage  and the whole aircraft is fabric covered.  It has been developed over the years with the standard Rotax powered version being the Mark IV, and the much strengthened Magnum which can accept engines from 125 to 180HP.

Dan Denney worked for Dean Wilson in the early days, before he left to market his own Kitfox which bore many similarities to the Avid Flyer.

We have had 22 Avid Flyers in New Zealand to date, and one Avid Amphibian.  The Avid was not exactly the next type of homebuilt aircraft in New Zealand (that was the RV4 which I will post later), but I include them after the Kitfox because of their similarities. 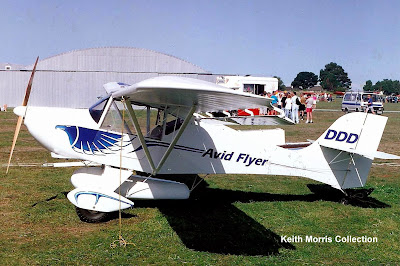 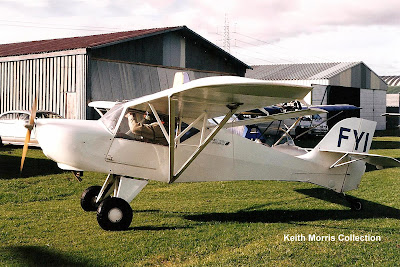 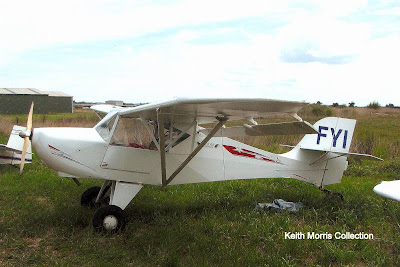 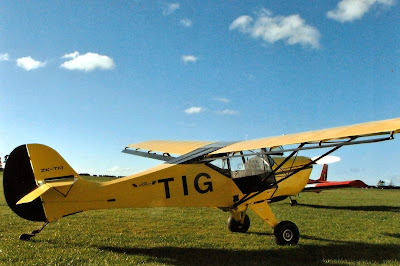 ZK-TIG (c/n 1209/MAANZ/461) is a STOL U/L version that was built by James D Law of Stratford.  it has not moved far, being sold to RI Millar of Inglewood on 26/1/08 and it is still current.  Thanks to Nick Furmage for the above photo, which was taken at Stratford. 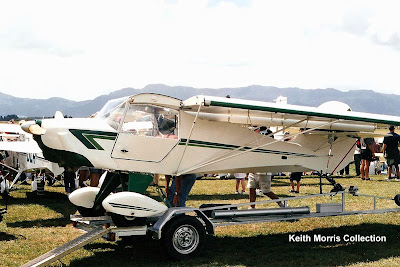 The Avid Flyer wings could be folded for trailering, as in this photo of ZK-PCM at the 2002 AACA flyin at Matamata. 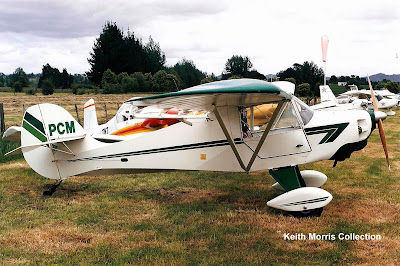 ZK-SPY (c/n 874) is an Avid flyer STOL U/L built by GG Linton of Cromwell, and registered to him on 13/7/92.  It is amazing how many Avids have come out of Central Otago!  It was sold to PJ Karl of Ohaupo on 12/6/00 in whose ownership the above photo was taken, at the 2005 Black Sands Flyin.  It was then sold to AJ Brizzell of Westport on 31/1/06.  It stayed the rest of its life on the West Coast being sold to Kaniere Farms of Kowhitirangi on 14/9/06, with whom it had an engine failure on take off from Hokatika on 7/4/08 with a resultant heavy landing.  It was sold to SM Marshall of Kokatahi on 1/12/08 and may have been damaged again because the remains were spotted in a Rangiora hangar in July 2010.  However it is still currently registered.