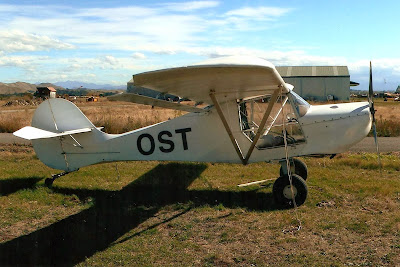 ZK-OST (c/n 1543E) is an Avid Flyer Heavy Hauler built by Darryl Ostrer of Wylies Crossing and was first registered to him on 16/1/03.  It was sold to Peter Karl of Hamilton (who features in the ownership of several Avids), on 18/6/12.  The above photo was taken at the Classic Fighters airshow at Omaka on 29/3/13, by Blue Bus. 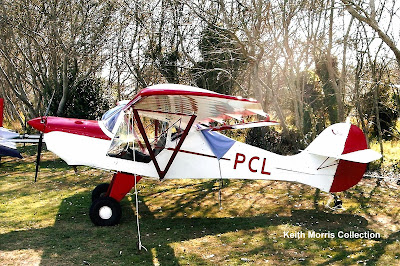 ZK-PCL (c/n 1388) is an Avid Flyer Mark IV STOL model which was built by Brian leach of Matakana, and was first registered on 21/1/04.  It is still owned by him.  The above photo was taken at the Black Sands flyin at Raglan. 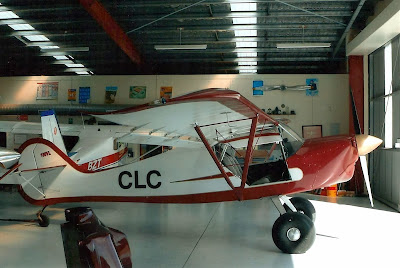 ZK-CLC (c/n 83M) is an inported Avid Aircraft Magnum that was ex N180VL.  It was imported into New Zealand by Charles Carter of Collingwood and was first registered here on 2/10/07.  Being an Avid Magnum, it is a much strengthened airframe from the rest of our Avids (see the introduction in Avid Flyers of New Zealand (1)), and it has an O-360 motor of around 160 HP.  It was assembled at Rangiora where Blue Bus took the photo, and it first flew here on 2/11/07.  It was sold to John campbell Trust Ltd of Huntly on 11/1/10 and it is still current. 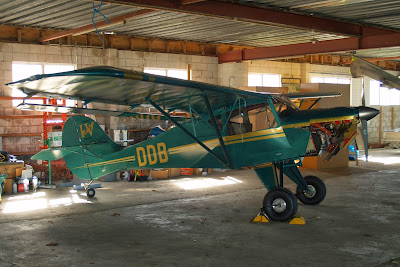 ZK-DDB (c/n 1460D) is a Mark IV model that was built by Andrew McNeal of Whangarei, and it was first registered to him on 17/5/10.  We are fortunate to have a photo of it as it crashed on an early test flight at Whangarei.  Greybeard happened to be at the right place at the right time to take the photo on 2/7/10 - thanks for the photo.  Andrew McNeal told me that he is rebuilding the aircraft and it is nearly finished, so we will see it flying again. 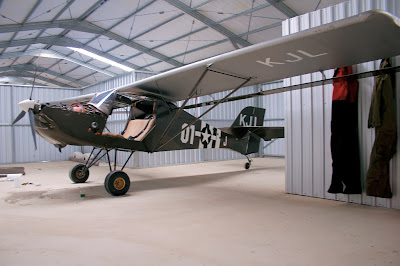 And our final Avid Flyer to date is another imported model.  ZK-KJL (c/n 545) was built as N78HW and was imported into New Zealand by David Laidlow of Rotorua, and first registered here on 25/8/11.  It is photo'd above in its hangar at Rotorua in its American colour scheme by Flyernzl on  11/2/12. 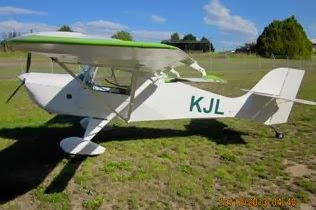 David Laidlow told me that following a closer inspection of ZK-KJL, some areas of concern were evident and he decided to have the aircraft rebuilt and recovered by Colin Sutherland at Rotorua.  This work has recently been completed and the aircraft delivered back to Rotorua after weight and balance certification at Tauranga, where David took the above photo recently.  Thanks to David Laidlow for the photo.

That completes the histories of the 22 Avid Flyers that we have had in New Zealand to date.  As with the Kitfox, it is likely that we may see further Avids in New Zealand, especially as they too are quite importable.

However, there has been one other very different Avid in New Zealand that I will post next.