Bargeld01 continues his southern tour with a few shots taken at Queenstown on Saturday 07-12-2013. 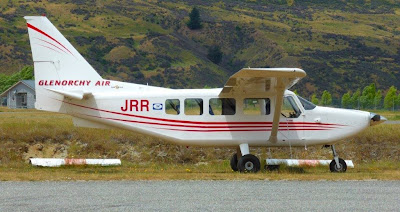 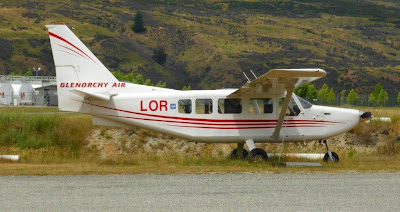 Another member of the Glenorchy Air fleet (below) is the Piper PA-32S Cherokee Six ZK-DOJ (c/n 32S-40638). This one operated on floats out of Pago Pago in the early 1970's before arriving in NZ for repairs. It the joined the Kaitaia Aero Club. It migrated down to Queenstown in late May of 1996.

The letter "S" in the model and c/n indicate it has the floatplane mods. 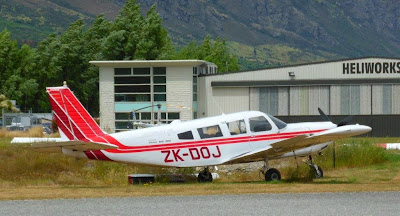 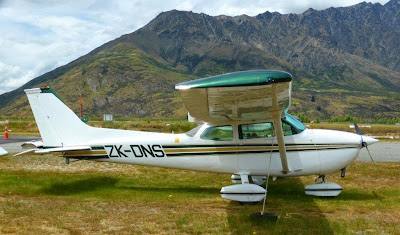 Also listed with Glenorchy Air Services and Tourist Co Ltd, but missing from this photo essay, is the Cessna U206G Stationair ZK-MIF.
Posted by Dave Paull at 22:35