A visit to Composite Helicopters International's hangar at North Shore Airfield yesterday saw their newly registered Adventourer ZK-HOL being intensively worked on.  Peter Malone told me that this new helicopter is nearly the production version incorporating changes made as a result of experience with their earlier proof of concept ZK-ICM.  He said it would be undergoing initial flight testing in January 2014. 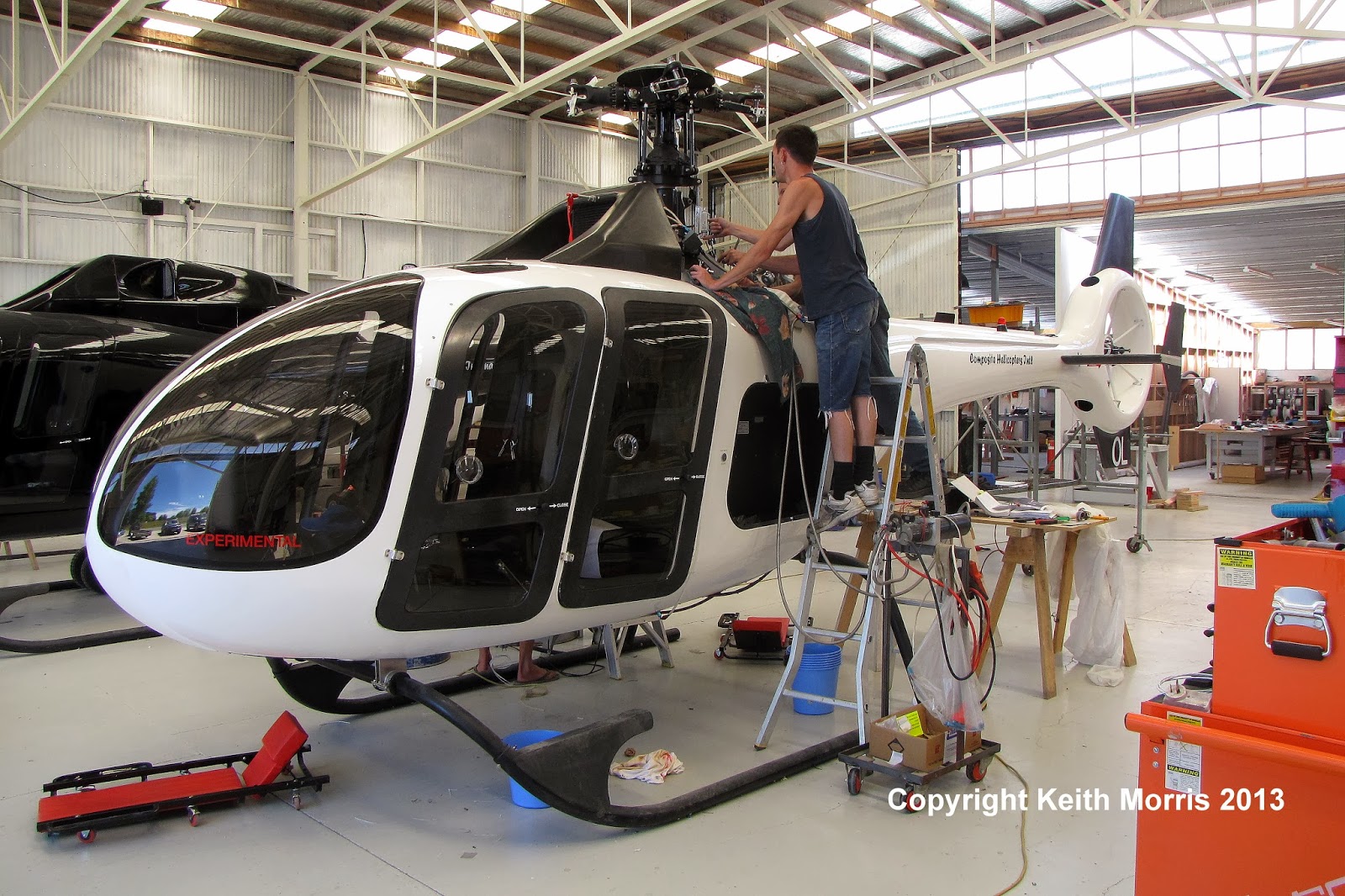 ZK-HOL (c/n  003).  The 4 in-house manufactured rotor blades were being prepared for installation. 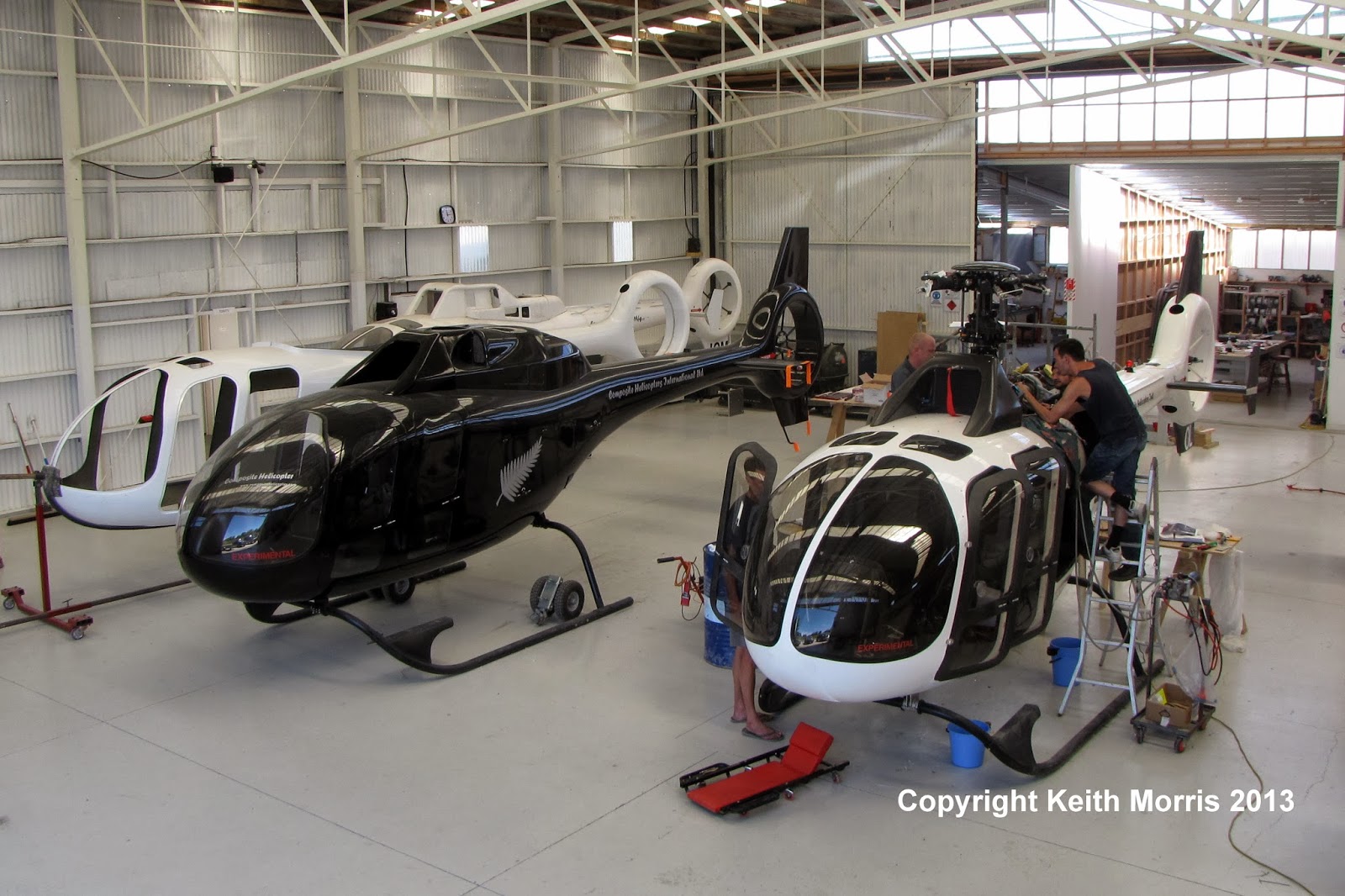 As can be seen from this high view, the Composite Helicopters facility is impressive (and this only shows less than half of the hangar and ancillary rooms).  Four airframes can be seen, the black one was the static demonstrator that was shown at Oshkosh 2012, and the one in the rear is ZK-ICM which ditched in the Waitemata Harbour on 7/5/13, with surprisingly little airframe damage.  See www.nzcivair.blogspot.co.nz/2013/05/adventourer-down.html
Posted by Sir Minty at 14:14