Our intrepid CMM has been out exercising his bubble in the overshoot paddock at the end of runway 29 at Wanaka and spotted the NZ Aerospace FU29-950 Walter Turbine conversion ZK-LAC2 (c/n 157) lurking in the trees beyond.
It is still on the register - but as can be seen the operators name is tape covered. 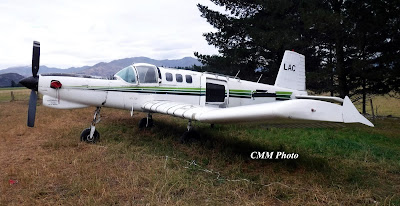 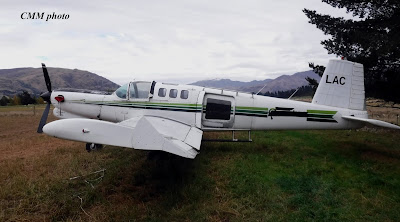 ZK-NZS2 and ZK-PDZ3 have been covered previously on this site.
Enter their registration in the search box in the top left hand corner of the header page.

Below a look down the Airfield.