Further back on 16/1/17 Pioneer 300 ZK-YAN was registered to Erol N Yanar of Christchurch, and it has not appeared on this blog before.  Erol had previously owned the Pioneer 200 ZK-CET2. 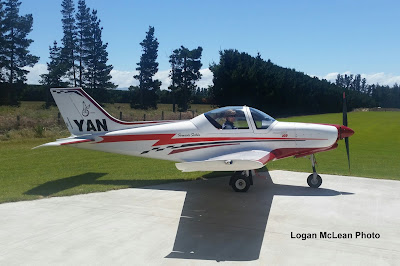 ZK-YAN (c/n 255) was imported from Australia by the New Zealand Alpi Aviation agent Logan McLean, where it had been registered 24-5563.  It is photo'd above at Logan's base at Fernside Field near Rangiora. 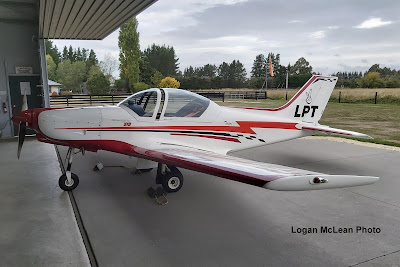 On 19/3/20 the aircraft was re-registered as ZK-LPT2 and sold to Gary P Montagu of Dunedin, and it is photo's on 21/3/20, also at Fernside Field.  In a nice touch it now has Taieri decals instead of the previous Fernside Fields.

The first ZK-LPT2 was also an Alpi Pioneer 300 that was re-registered as ZK-MIH back in November 2008.


Thanks very much to Logan McLean for the photos.