Jorden Steyn was at the Walsh Memorial Scout Flying School at Matamata Airfield in January 2020, and captured this photo of the Manakau Flying School's Cessna 152 ZK-JFY in a slightly new colour scheme with a nice white fern on the tail: 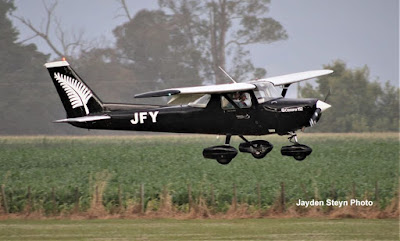 It was somewhat unkindly suggested that this could be a candidate for Air New Zealand regional services!  Thanks for the photo Jordan.

This aircraft c/n 84398 was built by the Cessna Aircraft Company, Wichita, Kansas and was registered as N6456L in April 1980.  On 17/02/81 ownership transferred to Air Training Command at Randolph Air Force Base in Texas.  In March 1990  it went to the Keesler Aero Club of Keesler Air Force Base in Mississippi.  It was cancelled from the US register in June 1995. 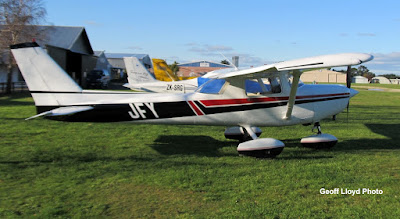 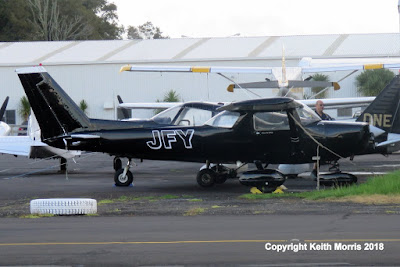 Then most recently ownership transferred to the Manakau Flying School on 1/3/18 and it is photo'd above at Ardmore on 14/5/18 in what turned out to be an interim black scheme.