Johnston Acrolight 1Cs (Only One) of New Zealand

The next new type to be registered in 2013 was the Johnston Acrolight 1C:

The Acrolight family of mostly single seat sports aircraft was designed by Ron Wilson and was produced as a plans only amateur built aircraft by Acrolite Aircraft of Kakabeka, Ontario, Canada with a materials kit being supplied by Aircraft Spruce and Specialty Co.  The original Acrolight 1A first flew in October 1986 and the Acrolight 1C is a development of this aircraft (and the Acrolight 1T is an aerobatic triplane!).

The Acrolight 1C is a single seat biplane deigned for sportsman aerobatics.  Construction is of a 4130 welded steel fuselage and empenage with wooden wings that are plywood covered.  Its length is 17 feet (5.2 metres), the wingspan is 20 feet (6.09 metres) and the wing area of the two wings is 133 square feet.  The empty weight is around 452 pounds and the MAUW in New Zealand is 798 pounds (362 Kg).  Engines can be between 64 and 120 HP, and with the higher horsepower it must be a great performer. For a 100 HP engine the cruise speed is quoted at around 109 mph (95 knots) and the stall speed is around 45 mph (39 knots).  However for an aerobatic aircraft the rate of climb is probably more relevant and with a 100 HP engine the figure is around 1,800 feet per minute.

We have had just the one Acrolight in New Zealand: 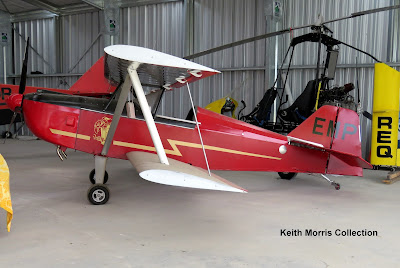 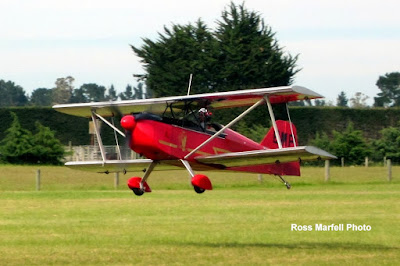