R & B Bearhawks of New Zealand

The seventh of eight new types of sport aircraft to be registered in New Zealand in 2013 was the R & B Bearhawk:

The Bearhawk (also called the Barrows Bearhawk) was designed by American Bob Barrows as an 4 seat amateur built aircraft available as plans or as a kit.  It was originally produced by R & B Aircraft of Fincastle, Virginia (and it has since been produced by AviPro Aircraft and currently by Bearhawk Aircraft of Austin, Texas).  Bob Barrows has gone on to develop the 2 tandem seat Bearhawk Patrol and more recently the 2 tandem seat Bearhawk LSA.

We have had four R & B Bearhawks registered in New Zealand to date: 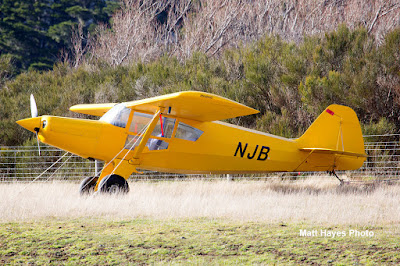 Our first Bearhawk was Nigel Battson's ZK-NJB (c/n 1242) which was registered to the NJB Syndicate of Wellington on 13/9/13.  It is still under their ownership but now at Christchurch.  It is powered by a Lycoming O-540 and is very active around the South Island.  It is photo'd above in a suitably back country setting at Flock Hill near Lake Pearson in inland Canterbury near Arthur's Pass, on 23/8/14. 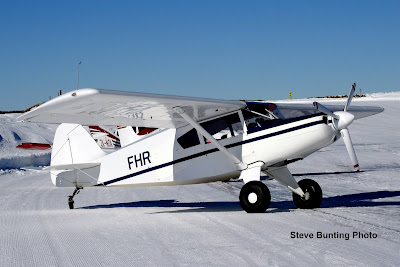 Our second Bearhawk was built by Lars J Fellman at his property near the South Head of the Kaipara Harbour, and Lars registered it ZK-FHR2 (c/n 127-2491250-1249).  Lars was a prolific aircraft builder and also built the Savage Cub ZK-OHA, and he owned the Stampe SV4A ZK-BBV2 and the Rotorway Executive helicopter ZK-IOH.  Sadly Lars Fellman passed away in 2016 and his aircraft were dispersed with ZK-FHR2 changing ownership to Murray Paterson of Mosgiel on 16/9/16.  It is photo'd under his ownership on 3/9/17 at the AOPA flyin at the Southern Hemisphere Proving Ground in the Pisa Range in Central Otago, where cars are snow tested every year between June and September. 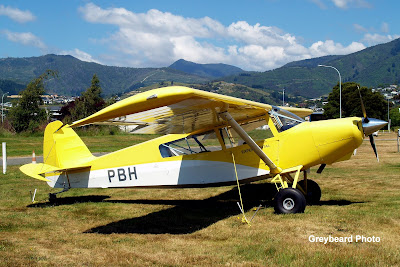 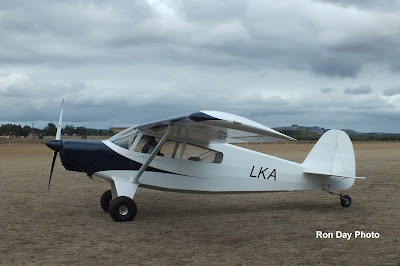 And our most recent Bearhawk to date is ZK-LKA (c/n L 145) which was built at Hastings and was registered to Plane Torque Ltd of Havelock North on 2/12/19.  It is photo'd above at Waipukurau on 6/3/20.

I am sure we will see more Bearhawks in New Zealand in the future.  I know of one that is well along at Pioneer Aero at Ardmore.