The original Waco Aircraft Company grew out of the Weaver Aircraft Company and was first formed in 1928 or 1929 (the records are unclear).  They were based at Troy, Ohio and they developed  and built many aircraft.  In fact between the two World Wars there were more Waco aircraft registered in the US than from any other aircraft company.  Waco produced a very large number of models that were confusingly allocated 3 letter names, the first letter being for the engine used, the second letter being for the specific type, and the third letter referred to the general series of the aircraft, and sometimes a number was added to denote the year of manufacture or the sub-type.

The Waco F series was a series of open cockpit biplanes that were produced from around 1930 to 1942.  They were popular with private flyers and had classic lines that were much admired.  The Waco Aircraft Company ceased business in 1947 when the expected post WW II demand for aircraft did not eventuate.  One of the many F series Waco biplanes was the YMF which was introduced in 1935.  Many people reckon that the YMF was the nicest looking biplane from the Golden Age of flying.

Now fast forward to 1985 when the Waco Classic Aircraft Corporation was founded by Peter Bowers at Battle Creek, Michigan.  This company was formed to manufacture new Waco YMF biplanes but with updated technology.  The "new" YMF features many improvements over the original with a welded 4130 steel fuselage, a modern firewall, dacron covering with modern finishes, heated cockpits (for the pilot in the rear cockpit and the 2 passengers in the side by side front cockpit), hydraulic toe brakes and whatever instruments the owner wants even up to a state of the art glass panel.  The wings are still made from sitka spruce with the ribs built up with capstrips and gussetts just like the original wings, but they now have four ailerons rather than the original two.  And of course the owner can specify whatever stunning colour scheme he or she wants.  In fact every Classic Aircraft Waco YMF is bespoke because the factory does not start assembling an aircraft until it is sold.  All of this comes at a price however, with a new Waco YMF selling from US$489,600! 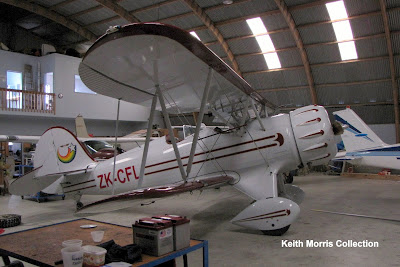 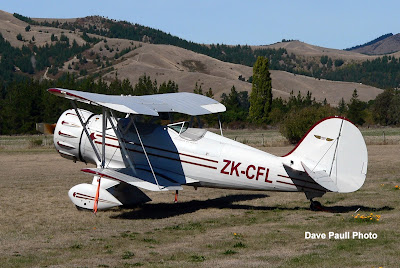 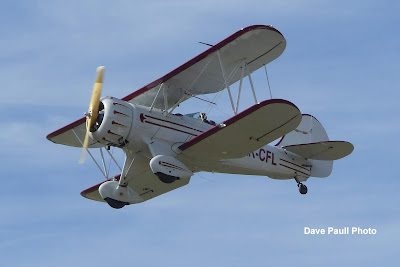 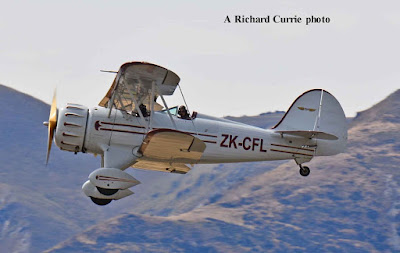 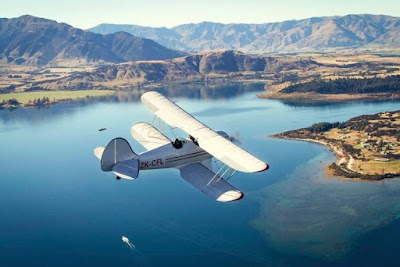 It was sold to NZ Flying Adventures of Wanaka on 15/4/18, and it has been for sale on Trade Me for quite a while, from where I copied the above photo of it doing its thing in the spectacular Central Otago scenery.

There is another Classic Aircraft Waco YMF in New Zealand, being restored by Marty Cantlon to add to his impressive aircraft collection at Tauranga.  This will be amazing to see.