Tomark Viper SD 4s (Only One) of New Zealand

We are now up to 2013 in this series.  From around that time to the present there were quite a few sport aircraft registered of which we have had only one example, such as the Tomark Viper SD 4:

The first new type of sport aircraft to be registered in New Zealand in 2013 was the Tomark Viper SD 4.  It is a low wing side by side 2 seater of metal construction with aluminium skins and composite cowling and fairings, and it is manufactured by the Tomark Aero division of Tomark s.r.o. in Presov, Slovakia.  It first flew in 2007 and it has proved quite successful with 110 having been built up to 2016.

As noted above, we have had only one Tomark Viper SD 4 registered in New Zealand to date: 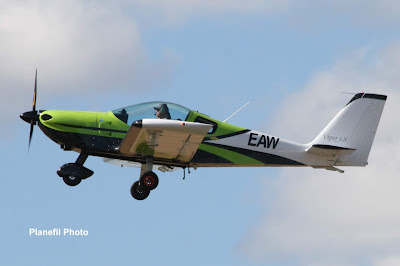 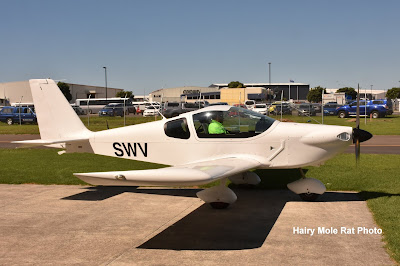 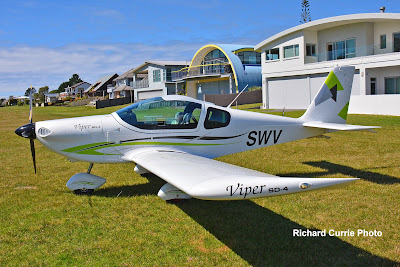 Solo Wings repainted ZK-SWV in their colours as seen in this photo that was taken at Pauanui on 20/9/18.