Aeropro Eurofoxs of New Zealand (and a Visitor)

The last type of sport aircraft to be registered in New Zealand in 2013 was the Aeropro Eurofox:

The Eurofox is a descendant of the Avid Flyer (as is the Kitfox) that is built by Aeropro s.r.o. at their factory in Nitra-Janokovice in Slovakia.  The company was formed by four graduates with a background in aero modelling after the formation of Slovakia out of Czechoslovakia and they produced the prototype Eurofox in 1992.  It can be built from a kit or purchased as a finished aircraft, and is available in tailwheel or taildragger configurations.  It has a welded 4130 steel fuselage and a GRP undercarriage.

We have had three Eurofoxs registered in New Zealand to date: 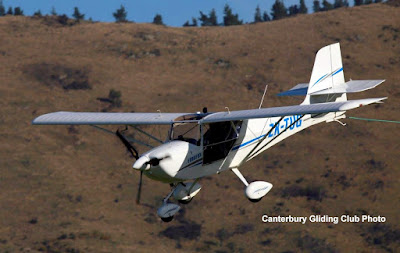 Our first Eurofox was first registered in Australia on 25/6/12 as 24-8200.  It was quickly transferred to the New Zealand register as ZK-TUG (c/n 38213) and registered to Onslow Investments Ltd (Jerry O'Neil) on 15/10/13.  It was operated by the Canterbury Gliding Club and its ownership transferred them on 16/9/14.  It was re-designated as a Eurofox 3K Tow on 18/8/16 and it is photo'd above operating as a towplane for the Canterbury Gliding Club at Springfield. 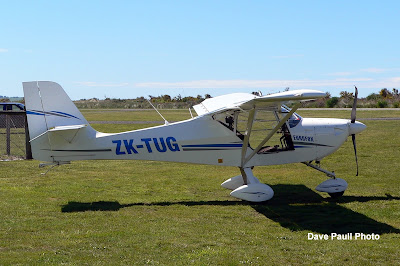 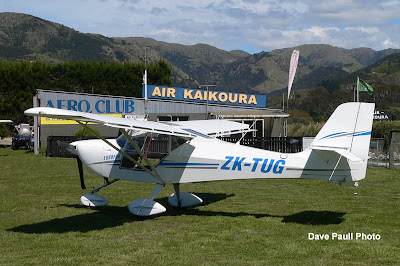 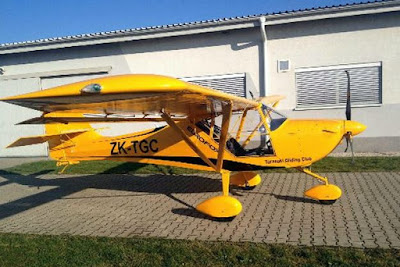 Our second Eurofox 3K was ZK-TGC (c/n 45414) which is photo'd above at the Eurofox Factory at Nitra-Janokovice.  It was registered to the Taranaki Gliding Club on 15/1/15. 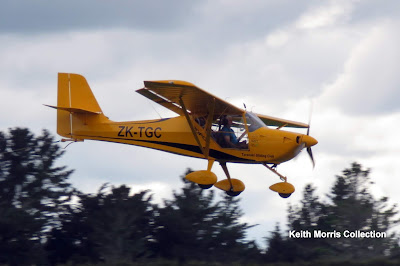 It is photo'd above and below at Stratford on 24/3/19 on glider towing duty. 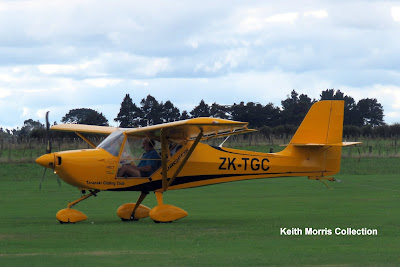 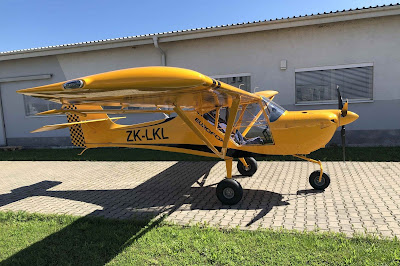 And our most recently registered Eurofox 3K is ZK-LKL (c/n 56319) which was registered to Flying Fern Films Ltd of Cambridge on 19/8/19.  It is also photo'd above at the Eurofox factory at Nitra-Janokovice.  I am not sure if it has flown in New Zealand.

But there is another high profile Eurofox that has flown in New Zealand, that being Chris Pote's G-GBNZ which he flew from the UK to New Zealand in 2018. 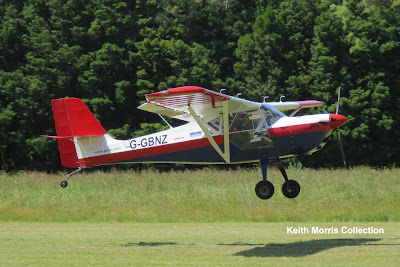 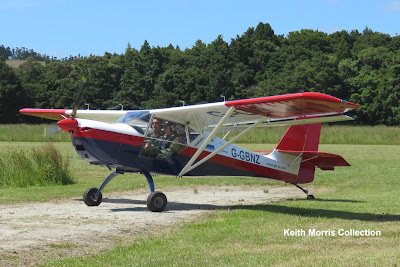 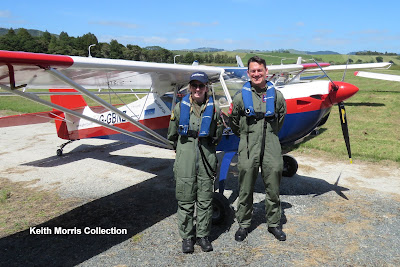 RAF Wing Commander Chris Pote with Officer Cadet Abby McGill in front of their Eurofox at Kaipara Flats.  Chris flew the aircraft on every leg of the UK to New Zealand flight and Abby McGill was the co-pilot for the flights across the Tasman Sea.