Yet to Fly at Ardmore? 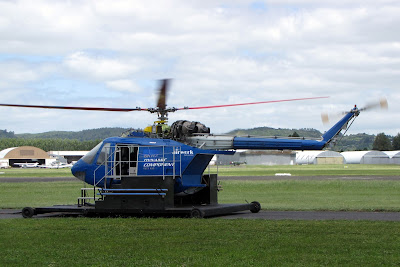 Now when I was at Ardmore last week, I spied yet another type of BK 117, as revealed above.  It has a much larger undercarriage than the standard BK 117.

However I suggest you click to enlarge the photo and note the signwriting.  What a spiffing idea!
Posted by Sir Minty at 17:23