The Extra EA 300 was designed in the 1980s by German Walter Extra, and was based on the earlier all wood Extra EA 230 which was in turn developed from the Stephens Akro.  It is manufactured in Germany by Extra Flugzeugbau, the firm founded by Walter Extra in 1980.  It has a welded steel fuselage and a symmetrical carbon fibre wing and it is powered by a AEIO 540 Lycoming engine of 300 HP.  The prototype first flew in 1988 with German certification following in May 1990.  It has been produced in two seat and single seat versions and it is stressed to +/- 10G for single seat aerobatics.  It was originally produced as a shoulder wing aircraft, but the most common version is the low wing Extra EA 300L.  The upgraded single seat Extra EA 330SC was flown to victory in the World Championships in 2009, 2013, 2014 and 2015. 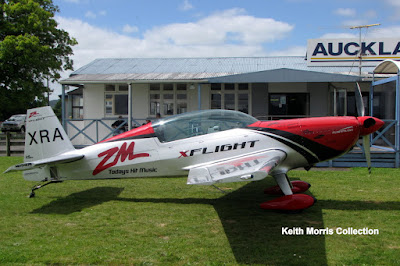 ZK-XRA was first registered in New Zealand on 2/12/08 to X Flight Ltd of Auckland and it still registered to them.

It has been a flying billboard during its New Zealand career.  Above at Ardmore on 7/11/09. 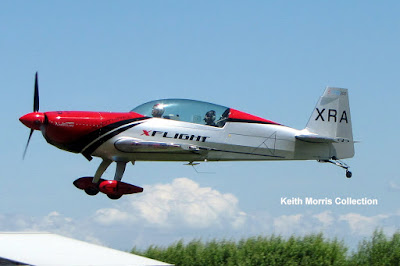 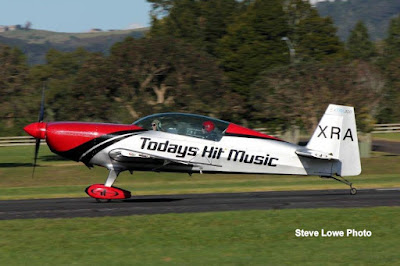 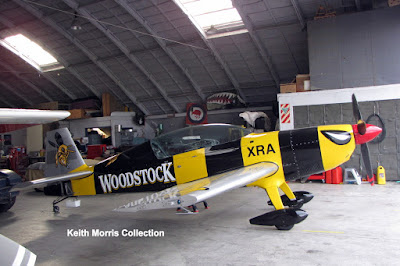 In temporary Woodstock Bourbon colours at Ardmore on 22/9/12. 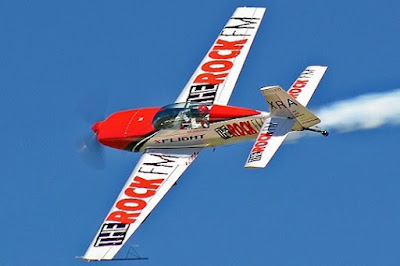 And in what I think is its latest advertising scheme for The Rock FM, from the X Flight website.