The all metal Yakovlev 55 was designed in the late 1970s by a team led by Sergei Yakovlev as a replacement for the Yak 50.  It was smaller than the Yak 50 and was designed to meet the challenges of the Western aerobatic aircraft of the time which could fly tighter routines.  It had a cantilevered mid wing of symmetrical section to aid inverted flight, a fixed sprung titanium undercarriage and it was powered by the Vedeneyev MP14 radial engine of 360 HP.  In the late 1980s a redesigned version, the Yak 55M was produced with a shorter wing to increase the roll rate.  Yak 55s were flown to victory by the Russian team in the 1984 World Teams Aerobatic Championships. 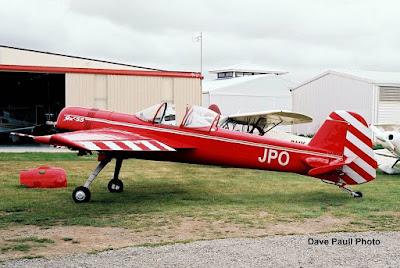 Yak 55 ZK-JPO (c/n 880609) was imported into New Zealand by Claus Petrie and Alister Yeoman and was first registered to the CJ Petrie and AG Yeoman Partnership of Nelson on 6/5/06.  From the c/n it was manufactured in 1988 but I do not have any previous history for it.  The above photo was taken at Rangiora on 27/3/06.. 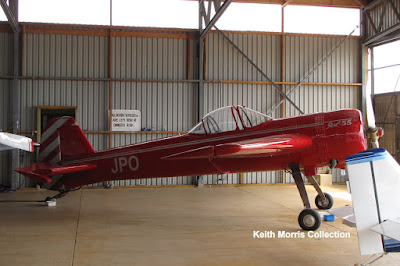 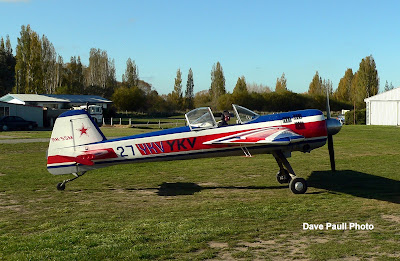 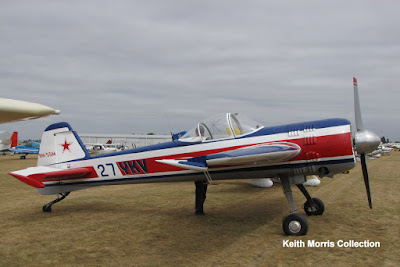 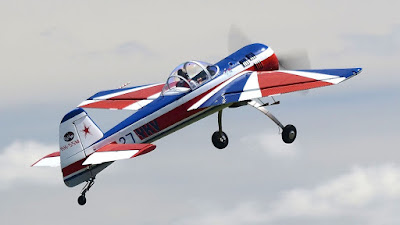 On 1/4 14 ownership transferred solely to Steven S Geard of Paeroa, with whom it is stll current.  It is based at Tauranga, where the Hairy Mole Rat took this neat photo of it climbing out.