I had a long overdue visitation to the Canterbury Gliding Club strip at Russell Flat today.
It was not overly active but the westerly breeze picked up early afternoon which encouraged a few pundits out to try and catch the wave. 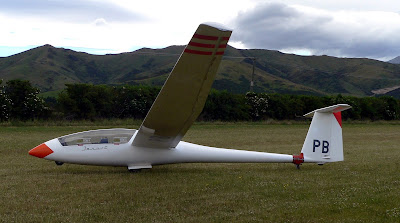 One of my favourite gliders would have to be the Schempp-Hirth Janus Ce ZK-GPB (c/n 304) which joined the Club in November of 1994. 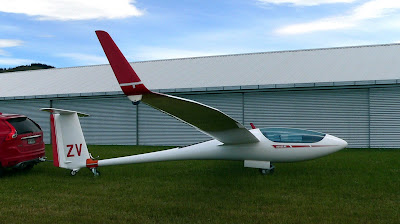 A new edition to the Russell Flat residents is the Murray Phillpott Schleicher ASH31Mi ZK-GZV (c/n 31130).
Below is what the NZ Aviation News Magazine said recently:-
"The other new Schleicher gliders are both ASH 31Mi models. Murray Philpott of Christchurch has chosen ZK-GZV as the registration for his, which replaces its original German registration of D-KOAB. The next one from the production line has gone to Simon Gault of Drury and is now ZK-GHG2.
The Schleicher ASH 31Mi is a single seat glider with either 18m wings for use in the 18m Class or 21m wings for the Open Class contests. The wings are in four parts, with winglets, which makes for easier assembly and for a shorter trailer. Designed by Martin Heide (the H in the designation) and built by Alexander Schleicher (the AS in the designation) as a replacement for the ASH26. It has a new wing design with extended ailerons similar to the ASG29. The engine is a 55hp fully retractable Wankel.
The first of this type in NZ was ZK-GXV which had been imported by the late Dave Speight. This was exported to the US in April to become N30DN." 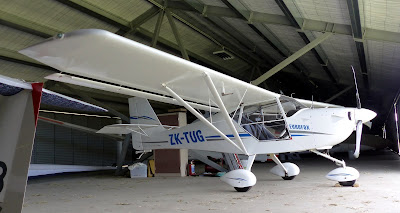 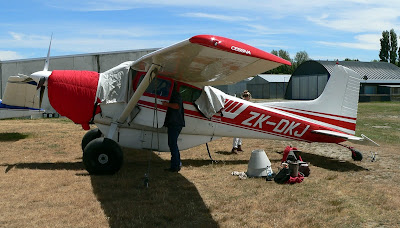 To get to Russell Flat I had to extend the Friday pie run during which I caught up with the Cessna A185F Ag Carryall ZK-DKJ (c/n 18502276) in the throes of being covered up at Rangiora. It has been with Andrew Bowmar of Plains Station since mid June of 2012.
It got an earlier mention at:-
http://nzcivair.blogspot.co.nz/2009/01/nzrt-cessna-185s.html