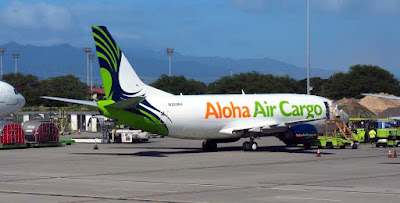 With its New Zealand registration cancelled on 17-06-2015 it became N303KH on 19-06-2015 listed with Aircraft 25606 LLC of Florida.
It departed Christchurch for Pago Pago and Honolulu on 24-06-2015 and went onto KF Aerospace (formally Kelowna Flightcraft) for freighter conversion.
It has since been relisted to NAS Aircraft Leasing Co LLC of Anchorage, Alaska and is on line with Aloha Air Cargo.
Posted by Dave Paull at 17:35