The Giles G 200 and G 202 were designed by Richard Giles in the 1990s as cheap(er) unlimited aerobatic aircraft that were built from a carbon fibre kitset, and powered by a 4 cylinder engine.  The wing was very stiff which contributed to an incredible rate of roll in excess of 400 degrees per second.  The kits and aircraft were manufactured by Akrotech Aviation Inc of Scappoose, Oregon up until 2000 when the company ceased operations (although support for the aircraft is still provided)..  The G 202 is a 2 seater that was developed from the G 200 and is larger and heavier, but both are reckoned to be great handling aerobatic aircraft.

We have had two Akrotech Giles aircraft in New Zealand. 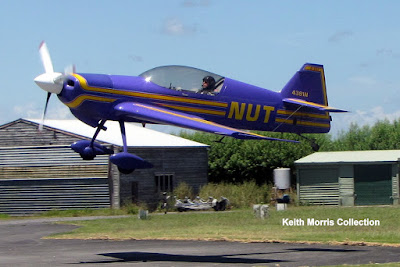 G 202 ZK-NUT (c/n 202028) was built in the US for Douglas C Brooker as N4381N and was first registered there on 7/4/98.  It is powered by a Lycoming AEIO 360EXP engine of 235 HP.  Doug Brooker imported the aircraft into New Zealand where it was first registered to him on 24/9/98.  Doug sold it to well known aerobatic pilot Richard Hood on 29/1/08 and the photo shows Richard Hood landing ZK-NUT during the Bryan Langley memorial aerobatic competition at North Shore on 15/1/11.  ZK-NUT was then sold to The Great Stunt Company of Papakura on 1/10/12, with whom it is still current. 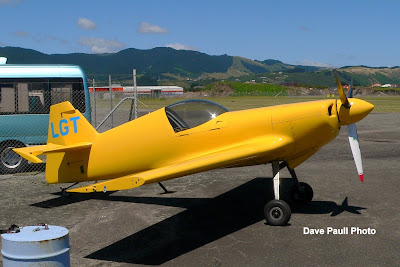 There is a good website on Giles aircraft at http://www.gilesaerobatics.org/